Last Updated 27.11.2021 | 5:07 PM IST
feedback language
follow us on
Bollywood Hungama » News » Bollywood Features News » EXCLUSIVE: “In this season, contestants are just making strategies that are eventually not working for anybody,” Rashami Desai on Bigg Boss 15

Actress Rashami Desai is all set to enter the Bigg Boss 15 house as a wild card challenger along with Devoleena Bhattacharjee and Abhijeet Bichukale. The actress was a part of Bigg Boss 13 where she emerged out as the 4th runner up and was immensely loved by the audience. 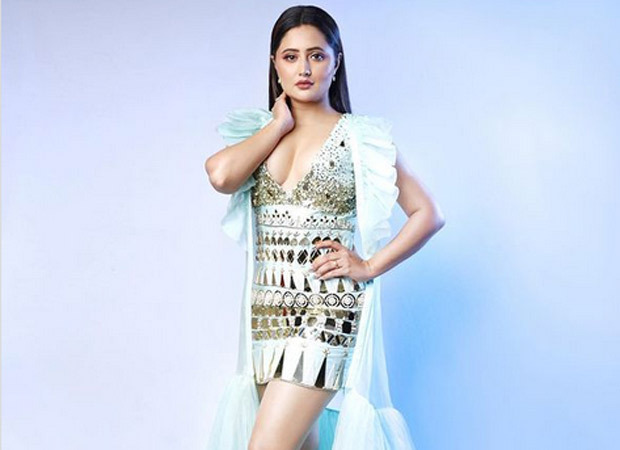 Well, it would be very interesting and exciting to watch Rashami back inside the house. Before entering the house, the actress got into an exclusive interview with Bollywood Hungama. During her conversation, she spoke about entering the house for the second time as a senior contestant, equation with Abhijeet and Devoleena, and much more.

Talking about entering the house the second time, Rashami says, "It is very exciting for me also. At the same time, I have mixed feelings too. I won't say that I know this format and I'll play the best. You never know how people are gonna react. One thing I'll say, whatever you think that house does just opposite of it. So, it's not only about people, it's also about Bigg Boss. You never know where and when any of your things are attacked. Also, we're going as wild card challengers so we also have some power and so many things can happen."

Well, entering the house for the second time Rashami has her different experiences and responsibility on her shoulders. Talking about it, the actress says, "As a senior contestant, I definitely have my own experiences, and plus these people have seen me how I play the game and how I have been in my season and played game during that time. It wasn't really easy and during that time only I have gone through such ups and downs. So, the house has really made me such strong. So, it was easy for me to handle such things in my personal messed-up life. So, the house has already made me strong. But, I don't know how it's gonna be with them, just like the jungle theme they are jungle as well."

On her equation with Devoleena inside the Bigg Boss house, the actress stated, "Yeah, she is there with me. But, I don't want my friend to become very weak because of me. I definitely won't let that happen. I'm mentally gonna be there for her and I know she'll be there for me too. So, that's a plus point that we both have for each other."

Further, the actress also commented upon Abhijeet and said, "Abhijeet is quite an interesting person. I'll try that a clash doesn't happen between us but it does happen maybe everyone is in a problem after that".

Lastly, she talked about what is missing in the current season of Bigg Boss. She said, "In our season, we don't use to whisper and actually talk about each other. This season people are not using their potential. Every weekend after Salman Sir comes in just 2 days they become the same. Even Bigg Boss expects the contestants to make their interpersonal relationships better. They are just making strategies that eventually are not working for anybody. I don't know what is going inside the house whether they really are 'Turram Khan' or not."

ALSO READ:Bigg Boss 15: “My relationship with Karan Kundrra is not so weak that it would break because someone comes inside the house and shares information with me,” says Umar Riaz