In July this year, the film industry suffered a major loss with the demise of choreographer Saroj Khan. She gave the industry some of the most memorable choreographed songs in her career spanning over forty years. As Rangeela completed 25 years, lead actress Urmila Matondkar, in an exclusive conversation with Bollywood Hungama remembered Saroj Khan. 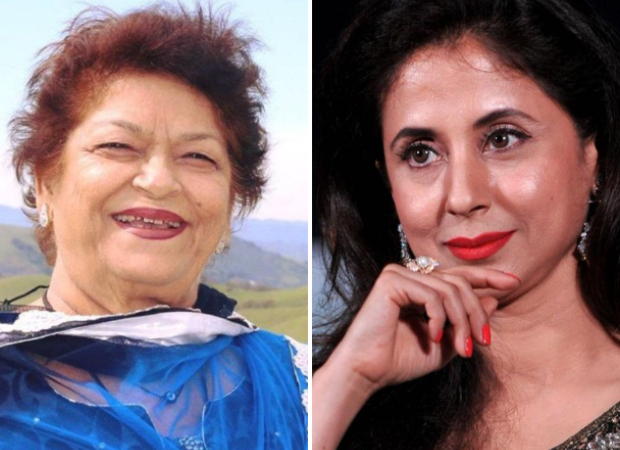 Saroj Khan choreographed some of the songs for Rangeela while the others were done by Ahmed Khan. Remembering Saroj Khan, Urmila said, “The thing with Saroj ji is that the sequences which she did could have been done only by her. Words fail me as I speak about her. She was an institution in herself. If you get some pearls from Saroji's sea of talent, your life will be made and it did make some of our lives. I am definitely one of those people.”

“Rangeela's ‘Hai Rama’ was shot by her. And in that Kuldhara ruins in which I was wearing a red gown, she shot the sequence between me and Jackie Shroff. That I feel is by far one of the finest forms of not only choreography but imaginative thinking of how a certain thing of a director's vision can be transformed into. I think she taught me the most important lesson of my life which actually can't be taught, but in a way I followed that path with music like Rahman's, it needs to be in your veins. It was literally in my veins when I was acting to it and my biggest compliment in the film also came from her because when I met her after the film, the first thing she told me was that even your name should have come with the name of the choreographers. I was shocked because I respected her so much and was in awe of her all the time. I was wondering why and she said, 'Urmila I know which parts in the film you have danced by yourself and this is your choreography and so your name should have also been included in it.”

Elaborating on her choreographing some steps, Urmila said, “It is a fact. There are sequences in the film. There are sequences in ‘Pyaar Ye Jaane Kaisa’ where I am standing in a white saree on a rock in Khandala. They had played music and asked me to do whatever comes naturally. Then there are two-three steps in ‘Rangeela Re’, the title song. There were so many dancers in the song that at times they had to do some random shots. So Ramu ji used to roll the camera and used to tell the dancers to keep dancing whatever comes to their mind. There are lots of shots in ‘Tanha Tanha’ also. Some of the key shots of that song did not have music at all. On the last day we had our flight in the second half of the day and we had time in the morning. We thought of shooting some random shots on the beach . By the time the music was arranged, we started rolling. So, there are lots of extremely striking shots in ‘Tanha Tanha’ where there was no music."

ALSO READ: EXCLUSIVE: “I was written off a lot before Rangeela, nobody left out an opportunity to demoralise me” – Urmila Matondkar