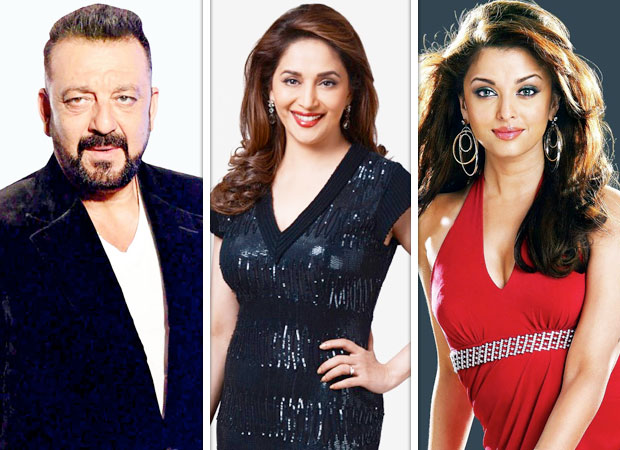 While we known that Aishwarya Rai Bachchan has given her nod for the modern-day adaptation of Raat Aur Din (1967), here’s something more interesting we heard. Initially, Madhuri Dixit had been pencilled in for the role but apparently Sanjay Dutt and producer Prernaa Arora decided to opt for Aishwarya. Abbas-Mustan is in talks to direct the film and interestingly, Sanjay Dutt, has not only approved of the remake but also of Aishwarya to play his mother’s role.

Prernaa, who is producing the modern-day interpretation of Raat Aur Din says that it was her mother Protima, who requested her to make the film. She adds, “After Rustom, Sanjay sir and I were to do another film together. Even though it didn’t happen, we share a very good professional relationship since then. He is a very kind person and during my interaction with him I expressed my desire to make an adaptation of Raat Aur Din and asked his permission for it. I told him that it was my mother’s dream that I remake a film of her times. I have watched films like Anupama, Abhinetri and Raat Aur Din and it was because of her I wanted to remake Raat Aur Din.”

What struck a chord in Sanjay Dutt’s heart was the maternal connection. Dutt as we know was extremely attached to his mother. Prernaa says, “My nanaji (maternal grandfather) was the proprietor of a couple of circuses and Sanjay sir as a child would often visit the circus with his mother who was a famous actress then. Nargisji was a very caring person who was associated with various NGO’s and my mother met her through one of these. I was thrilled when Sanjay sir extended his support for my film. He is aware Aishwarya is working in the film and I feel thrilled that I have got his permission and approval to remake this timeless classic.”

There is a strong rumour that Sanjay Dutt had not approved of the choice of Madhuri Dixit for the Raat Aur Din remake. The two stars were allegedly close friends in the 90s and had broken up when the actor went to jail in 1993. Last year when Rajkumar Hirani's biopic on the life of Sanjay Dutt was announced, it was reported that Madhuri had called up the actor to make sure that there was no mention of her in the film and he had reassured her there wasn’t and that the makers had removed that portion already. While the stars have remained on amicable terms in recent times, Madhuri doing his mother’s remake could have raked up another controversy in the media. Apparently he was delighted when Prernaa informed him that Aishwarya had given the nod.

Prernaa refutes the rumour that Dutt had influenced her in any way to opt for Aishwarya. “I decided to ask Aishwarya for Nargisji’s role after working with her in Fanne Khan. I share a certain comfort level with her and she is a powerful actress when the role and script demands. Aishwarya has essayed various shades in Raincoat, Dhoom 3, Jodha Akbar, Chokher Bali etc and can perform any role with conviction. As you know I like to deal with social issues and this too will deal with the suppression of women, how it leads to their expressing themselves in various ways and finally rising above everything else.”

While Raat Aur Din was directed by Satyen Bose, various directors are in talks for the as-yet-untitled remake. Nargis, who played the female lead in the 1967-thriller-drama, won the National Film Award for Best Actress for her role as Varuna, a married woman who suffers from multiple personality disorder. In the day, she is a typical Hindi housewife, but at night she calls herself Peggy and walks the streets of Calcutta. Besides Nargis, the film also starred Pradeep Kumar and Feroz Khan.

EXCLUSIVE: “Creative freedom exists only in…