Actor Sushant Singh Rajput passed away on June 14 after he was found dead in his apartment. The actor's last film Dil Bechara will release later this week and fans are ready to pay tribute to him. The trailer received immense response from the audience. The actress Sanjana Sanghi, who is making her debut as a leading lady, has been sharing behind the scene videos and photos from the sets of the film. 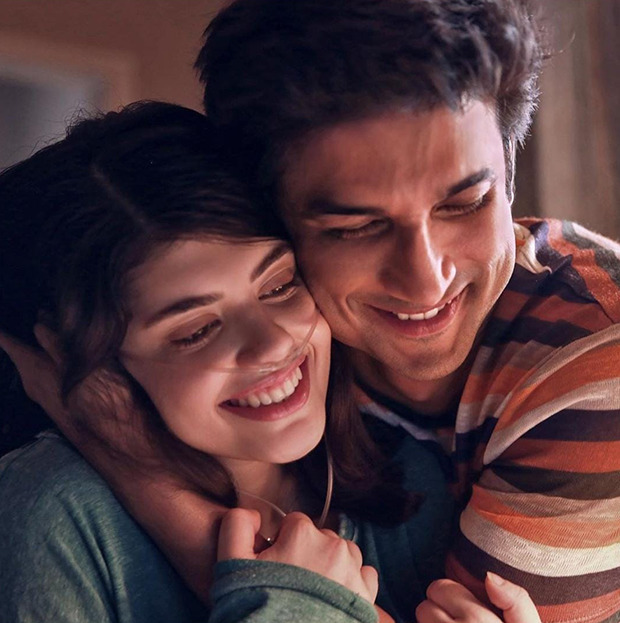 Since the film deals with life and death as the young characters have terminal diseases, Sanjana Sanghi spoke to Bollywood Hungama about it. "Life and death is something both Sushant and I had to discussing with Mukesh Chhabra," she said  "We started doing research during our workshops since we were portraying two very young and vulnerable people who at a very young age had to think about their life not being there for forever. There's an immediate stop to their lives. I have always feared death and it's one thing I am very uncomfortable with. I don't believe we were born to die but I genuinely believe we were born to live forever."

Speaking about the untimely demise of Sushant, Sanjana said, "After losing him, my fear for death has gone ten fold because he is the first ever friend that I've lost. I'm too young to have experienced death too often, touch wood. Everything I'm feeling is new and I've never felt anything like this before. You wake up one day, you feel angry. You wake up one day, you feel frustrated. Some days you are motivated that 'okay this has happened and you have to become strong and move ahead'. And somedays you really want to shut off from everything and really be with yourself."

"I haven't had a chance to do that. Now, single-handedly, I have had to bring the film to the audience in the best way I can. So, it's a lot," she said.

Furthermore, she spoke about the similar things they were excited about. "With Sushant, there was such a gridlock as there was cinema, academia and then there's dance. Dance and food were always a thing," she said.

Dil Bechara is set to release on July 24 on Disney+ Hotstar.

Also Read: Sushant Singh Rajput’s tribute video to be played during the end credits of Dil Bechara (DETAILS INSIDE)