The New Year began with the announcement of Ranbir Kapoor’s next with filmmaker Sandeep Reddy Vanga. As soon as the clock struck 12, welcoming the New Year, the makers of Animal dropped the audio teaser of the film while making the official announcement. The audio teaser has a monologue by Ranbir where the audiences get a hint of a strained father-son relationship. Talking to Bollywood Hungama, writers of Animal, Siddharth Singh and Garima Wahal say, “We'd say the teaser has done its job. It's the perfect tease. Into this unique father & son relationship that Sandeep Vanga is going to create in this film. More so, Anil Sir and Ranbir are working together for the first time. It's going to be quite a ride. Beyond this... We shall wait for the director to unveil the film and the character in due course of time, and we for one can tell you, it'd be worth every minute of the wait.” 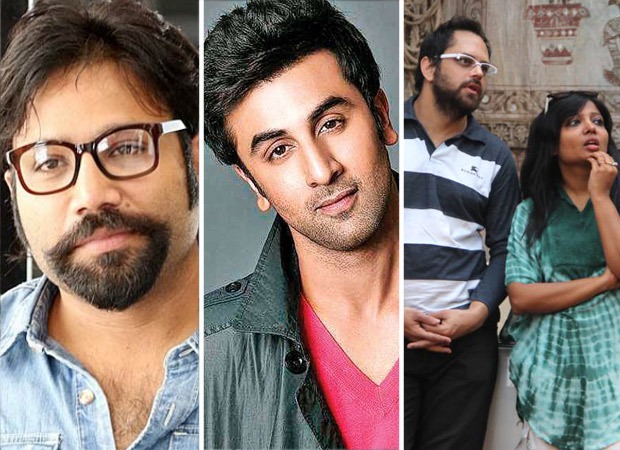 Writer duo Siddharth and Garima are collaborating with Sandeep Reddy Vanga for the second time. They had earlier penned the dialogues for Vanga’s Hindi directorial debut Kabir Singh. Talking about the script of Animal, they said, “The final script of the film is still underway. Sandeep is giving finishing touches to his screenplay. Post which we'd get cracking on the dialogue.”

“There are very few directors who understand the value of a great line and appreciate it. The process becomes very enjoyable when the writer-director is in sync. We feel we have that equation with Sandeep Vanga, it's amazing how he understands Hindi so well and the subtext and the context of the dialogue perfectly, in spite of Hindi not being his first language. Moreover he's as hindi-film as one can get and so are we. Hence we're totally looking forward to cracking a unique and cinematic tone for this film, in collaboration with him,” they added, talking about their collaboration with Vanga.

Kabir Singh was one of the biggest blockbusters of 2019. Adding to it, the film has Ranbir Kapoor in the lead who has not been seen on screen for over two years. Fans of the actor are waiting to see him hit the screens with a bang and the way the teaser of Animal instantly trended on social media was proof of the anticipation. When asked if there is a pressure on them as writers of Animal, they said, “One would say the film already has a lot going for it. Sandeep Vanga has proven his mettle with Kabir Singh and we'd say he's one of the most exciting filmmakers of our times. Similarly, Ranbir is a rare actor. For an artist, it's the creative instinct that drives them to do a film. In this case, the combination of talent coming together on this project is an ideal recipe for a box office winner. The fans and critics are surely in for a surprise,”

While Kabir Singh was a massive box-office hit, there were polarised opinions on the film regarding characterisation and violence in the film. In an earlier interview with a film portal, Vanga had that his next film will be criticised even more as it will be violent. Sharing their view on the same, Siddharth-Garima said, “Vanga according to us is a fireball of passion,he speaks from the heart. We aren't sure if he said exactly that. But what he must've meant is that - he is ready to take on the critics with his next film. The one point at which we connect with him is the mass appeal of stories and taking the BO(Box Office) by a storm. We have done it with love stories in our own capacities, guess it's time to do it together now, in a different.. exciting, high-octane, adrenaline-rush inducing kind of a genre. All of us coming together deserves no less.”