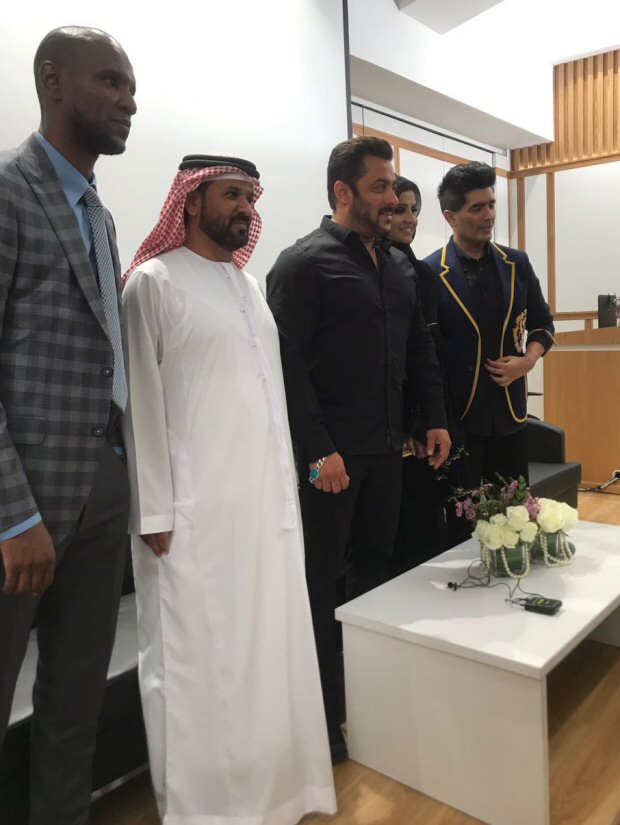 Salman Khan officially inaugurated the Belhasa Driving Centre's 5th Branch in Al Quoz yesterday at a very exclusive event, with Dubai's very own social media sensation and billionaire, 15-year-old, Rashed Belhasa aka Money Kicks, who also launched Money Kicks Donuts on the same day. The super star also went on a donuts and milkshake diet when he tried out a Money Kicks Donuts and milkshake. After he flew in from Abu Dhabi for a couple of hours, (he is currently shooting there for Tiger Zinda Hai), he and Rashed walked around the driving school after Salman cut a chocolate cake with the Belhasa logo on it. 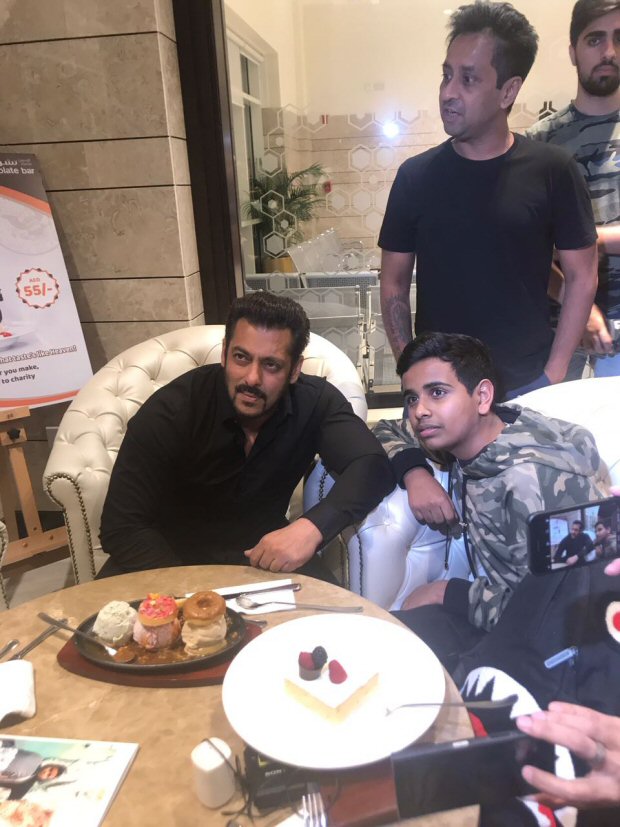 The super star looked very dashing as he cut the cake with sword – as that’s the way people do it in the UAE. Salman Khan was the first to taste the Money Kicks Donuts in the city. Rashed is the youngest billionaire kid on Instagram, who also has a milkshake named after him. Salman and Rashed are very good friends and the super star had taken a few hours off only to launch the driving school for the Belhasas who are family friends too.

Rashed is a 15-year-old YouTube Vlogger (famous for his YouTube channel Money Kicks) and an Instagram sensation, and is the son of Emirates most successful billionaire entrepreneur Saif Ahmed Belhasa. Salman and Rashed share a common interest in cars as the super star is an avid car collector while Rashid owns the largest collection of limited edition cars that have been customised for him, including a Louis Vuitton Ferrari. Rashed is also famous for his family’s farmhouse where he houses many exotic animals including the tiger, lion and a leopard. Salman and his family, Shah Rukh Khan, Akon, Messi, Niki Minaj have visited his farmhouse to interact with the exotic animals. 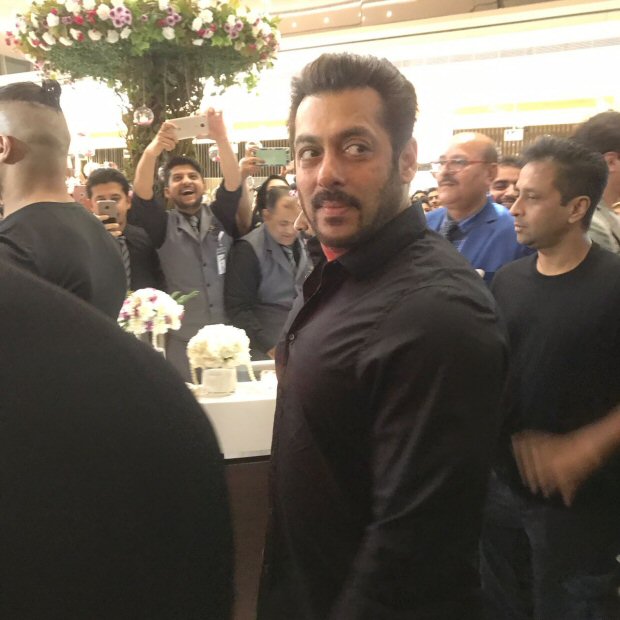 The Belhasa Driving Centre in Al Quoz will be the company’s fifth branch and the biggest driving centre in the Middle East and the facility will include in-house eye testing, a cafeteria, VIP training facilities in Range Rover and Mercedes vehicles, as well as a training department dedicated to women.