Last Updated 10.12.2022 | 10:00 AM IST
feedback language
follow us on
Bollywood Hungama » News » Bollywood Features News » EXCLUSIVE: “I really, really, like Alia Bhatt; I adore her a lot,” says RRR director SS Rajamouli while dispelling rumours of a rift with the actress

A while back we saw the release of the Ram Charan – Jr. NTR starrer RRR. Also featuring Alia Bhatt and Ajay Devgn the film has been doing well since its release. In fact, RRR has managed to cross the Rs. 1100 cr gross mark at the worldwide box office. Talking about the success of the film and his thoughts about it, RRR’s director SS Rajamouli was recently in conversation with Bollywood Hungama. During the interaction, Rajamouli decided to lay the rumours of there being a rift between him and Alia Bhatt to rest. 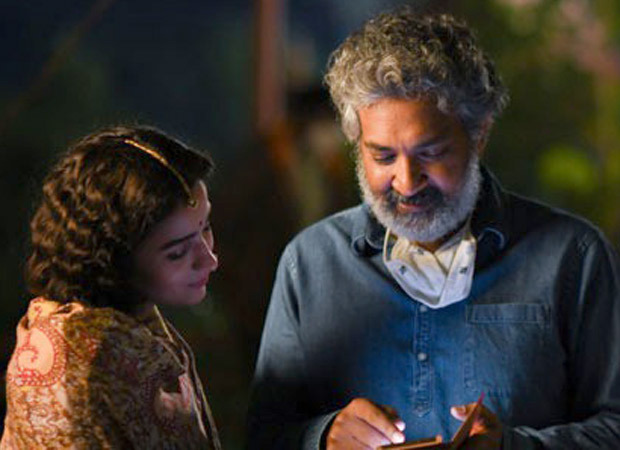 EXCLUSIVE: “I really, really, like Alia Bhatt; I adore her a lot,” says RRR director SS Rajamouli while dispelling rumours of a rift with the actress

Speaking about rumor-mongering, and how it affects a film Rajamouli pointed out a rather interesting facet of filmmaking. “If there are no rumours coming about your film, then you really have to worry about not making an impact. Once the film starts making an impact, only then do the rumour mongers come in and start talking about it. Of course, this is a big BS,” he said.

Further talking about Alia Bhatt, the maverick director adds, “I really, really, like Alia. I adore her a lot for her acting prowess. I really look forward to working with her again. And I'm sure that she says the same thing about me. We really clicked as an actor and director. Of course, in the film, I did not have a big role for her, in the sense I did not have a lengthy role for her. But that is how the story is. It is not like we thought, okay, we will make a big role and we cut it short. No. We always knew it was a small role, but it is a very, very important role in bringing these two forces together. And that's what I told her and she wholeheartedly agreed to it. We always knew that. And we are absolutely happy working together. And I really, really look forward to work, work with her again.”

As for the film, RRR has managed to hold steady at the box office despite new releases in the form of KGF – Chapter 2 hitting screens. In fact, the film has been continuing to draw in the audience with collections trickling in.