Last Updated 09.08.2022 | 4:38 PM IST
feedback language
follow us on
Bollywood Hungama » News » Bollywood Features News » EXCLUSIVE: “I did realise that both my cameos in Bhoot and Shubh Mangal Zyada Saavdhan had a scene where I was eloping” – Bhumi Pednekar

There have been cases when an actor has had two releases, both of which released on the same day. But what happened last week is the mother of all co-incidences and nothing short of history. The two films that released on February 21 – the scarefest BHOOT: Part One – The Haunted Ship and the gay comedy Shubh Mangal Zyada Saavdhan – each had a cameo by talented actress Bhumi Pednekar. Interestingly, in her entry scene in both these films, she was seen at the balcony, about to elope and get married! That’s not all. In both the films, it was the lead hero, Vicky Kaushal and Ayushmann Khurrana, who had come to help her run away! 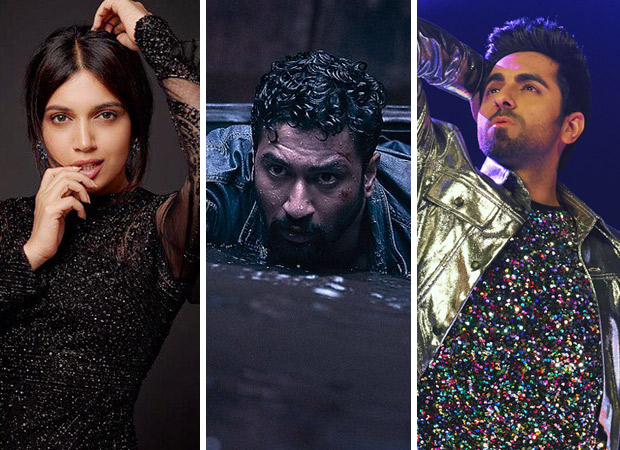 EXCLUSIVE: “I did realise that both my cameos in Bhoot and Shubh Mangal Zyada Saavdhan had a scene where I was eloping” – Bhumi Pednekar

As expected, this was noticed by few viewers who ventured out to see both BHOOT: Part One – The Haunted Ship and Shubh Mangal Zyada Saavdhan, and couldn’t believe that something like this actually happened. We asked Bhumi Pednekar exclusively to react on this never-before-seen phenomenon. She says, “I did realise that both my cameos had a scene where I was eloping, one was with the man I was going to get married to, one was with the man who I could have been married to if his sexual preference allowed. But I didn’t ever think that both these films would be out on the same day. Both these films were helmed by my friends and I did them out of love for the people attached to the films and of course the scripts. It was actually nice to see people send love to my cameos. It was great fun doing them!”

Besides BHOOT: Part One – The Haunted Ship and Shubh Mangal Zyada Saavdhan, Bhumi Pednekar will be seen in 2 more films this year, both featuring her in prominent roles and not special appearances. The first will probably be Dolly Kitty Aur Woh Chamakte Sitare, directed by Alankrita Shrivastava of Lipstick Under My Burkha fame. This will be followed by Durgavati, which she’s currently shooting in Madhya Pradesh. It is a remake of the 2018 successful Tamil horror film Bhaagamathie and is co-produced by Akshay Kumar. She’ll open her account in 2021 on the first day of the year itself with the release of Mr Lele. Directed by Shashank Khaitan, it stars Varun Dhawan and Janhvi Kapoor. Janhvi and Bhumi will then be seen in one of the biggest films of Bollywood, Karan Johar’s period drama Takht. Co-starring Ranveer Singh, Alia Bhatt, Kareena Kapoor Khan, Anil Kapoor, Vicky Kaushal and Akshay Oberoi, it will hit screens on December 24.

Also Read: SCOOP: Bhumi Pednekar’s next to be produced by Sanjay Leela Bhansali