After working with one of India's finest musician duos Salim-Sulaiman for a decade, singer Raj Pandit has come out with his first single titled ‘Vibe’. The song takes you through the euphoria of falling in love-at-first-sight-vibe through infectious 80's funk riffs and modern synth production. 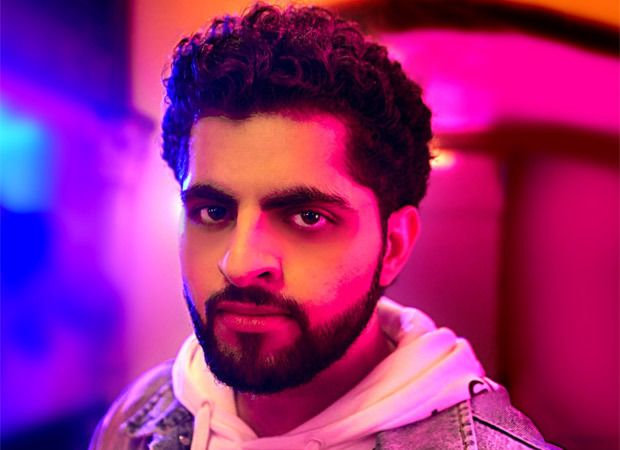 The hook line of the song 'I am high on your vibe' came to Raj when he was literally miles above the surface of the earth on an airplane on the way to a tour of Salim-Sulaiman live. Talking about the creative process behind 'Vibe' to Bollywood Hungama, Raj said, "This hook line came to me when we were travelling to Australia for a tour with Salim - Sulaiman live. I sing with them live as well in their band. On one of the flights we were on, a melody started ringing in my head. This hook line 'I am very high on your Vibe' seemed like a very interesting way of using the word Vibe. I recorded a quick voice note on my phone in the flight as quietly as I could. And I thought when I came back if I still like what I have recorded I will probably build a song around it."

Well, the tune kept buzzing even after he came back and thus started his process of setting up a team to begin the journey of 'Vibe'. "I put the ideas down and composed the melody first for the entire song. I put it as a basic track and I called my friend Kunaal Varmaa. He is doing a bunch of independent songs and writing for films as well now. He was excited about the tune, about the song and we jammed and sat together on it for a couple of days and the song was ready. Even production wise all my influences that I have imbibed over the years, whether it is Salim - Sulaiman whom I have been working with for the past 10 years now, their style of production or whether it is Bruno Mars by whom I am very heavily influenced. All these things I have been collecting and storing in my head and heart. I have put all of that together in this one track and I tried my best to represent myself as an artist."

Raj not only displayed his musical side in the single but also displayed his dancing skills by putting his best foot forward and giving us all a great hook stop to 'vibe' to. "For the video I wanted to do a very dance heavy video because I have always been inclined towards dancing. I have been training with a friend of mine who is a brilliant choreographer-Shazeb Sheikh. He directed and choreographed it," he said.

"I have had the song since the past two years. I had the basic track. I waited out and wanted to do it at the right time and in the right way. I felt like I needed more time to train myself to look a certain way and dance a certain way. I did not want to put it out as just another song. So, I waited for a couple of years and the minute the lockdown opened up and shooting started happening and the world started coming back to normal I went for it. This year 2021 felt like the right time," he further said.

For decades, music in India came hand-in-hand with films and singers were largely behind the camera. That has seen a shift in the last few years with independent music gaining more prominence in the country and more and more artists featuring themselves in their music videos whether it is a single or be it promotional tracks for movies. On being featured in his single, Raj opines, "I always knew I wanted to be a performing artist and not just a singer composer. That was always the idea."

The song has been presented by Salim-Sulaiman's Merchant Records. Talking about how the musician duo reacted to his track, Raj reveals, "They loved it when I played it for the first time. They really liked how new it was sounding compared to whatever we were listening to in the independent circuit in the last few years. They were happy with the idea of it and they just let me do whatever I wanted to do with it. I was very happy that it is coming on their Merchant label records. They have always been very supportive and best people to work with."

Sulaiman Merchant, on the other hand, says ‘Vibe’ is a one man show by Raj. He also said that they supported him and offered suggestions whenever Raj asked for. “When he asked us we would give him suggestions. Otherwise, it was such a catchy song, I didn't want to mess up his vibe,” he said.

While Raj is taking in the responses to his first debut single which was dropped on Merchant Records on March 1, he is already preparing for his journey ahead with few songs buzzing in his head and his phone all set to record melodies and voice notes.