Last Updated 02.10.2022 | 11:02 AM IST
feedback language
follow us on
Bollywood Hungama » News » Bollywood Features News » EXCLUSIVE: Producer Goldie Behl on casting Drashti Dhami and Gulshan Devaiah in Duranga: ‘They both have pushed each other to come out with new shades of their personalities’ 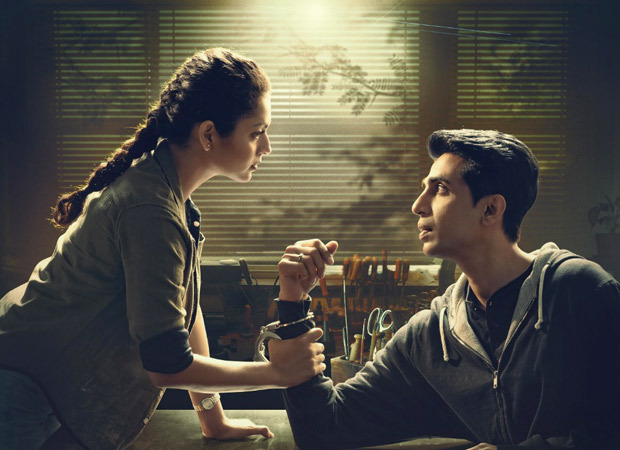 EXCLUSIVE: Producer Goldie Behl on casting Drashti Dhami and Gulshan Devaiah in Duranga: ‘They both have pushed each other to come out with new shades of their personalities’

Titled ‘Duranga – Two shades of a lie’, the series brings to the fore a unique love story where Sammit Patel (played by Gulshan Devaiah) appears as the ideal man, father and husband. However, is this man too good to be true? In the meanwhile, Sammit’s Inspector wife, Ira (played by Drashti Dhami) begins investigating a series of gory copycat murders by the suspected accomplice of a psychopathic serial killer Bala, twenty years after his suicide. The case leads Ira to shocking revelations about her husband’s past and threatens to destroy her seemingly perfect family.

On casting Drashti and Gulshan, producer Goldie Behl reveals, "I think it’s an exciting combination of Drashti and Gulshan. While they are both talented actors they come from different schools and different approaches to their craft. While Drashti has been trained in general entertainment channels and is a popular soap star, Gulshan comes from theatre and more from the realistic approach. It was very very interesting to see both of them come together on common ground. The purpose of casting also was I wanted 2 people from 2 different worlds. That’s what all successful marriages also look like. They are not very similar people, they are complimentary to each other. So we were lucky enough to get them both together. It was really beautiful to see them do their lines together and to see them both embrace and adapt each other’s craft. They both have really upped their game and they both have pushed each other to come out with new shades of their personalities."

Since a lot of people have watched the original series, Behl says this will be an interesting watch. "The only reason people watch stories is if they somewhere connect with them and find something intriguing them. While the face value and star cast make a difference, I think the uniqueness of Duranga is the storyline. While it explores through the very dramatic and larger-than-life premise of your partner being a serial killer or not, thematically it explores a marriage which I think is a universal situation. There are so many layers of unsaid feelings and situations in marriage. The show principally deals with that. It also deals with what is really mistrust and what is really a lie. Very interestingly, these are themes we have explored from the original and given our own shade," he adds.