Filmmaker Divyansh Pandit recently released his short film titled Kashmiriyat. The film starring Zarina Wahab is centred around a mother-son relationship while focusing on life in Kashmir after the Kashmiri Pandit exodus of 1990. In an exclusive conversation with Bollywood Hungama, filmmaker Divyansh Pandit spoke about the film and why it is an important topic. 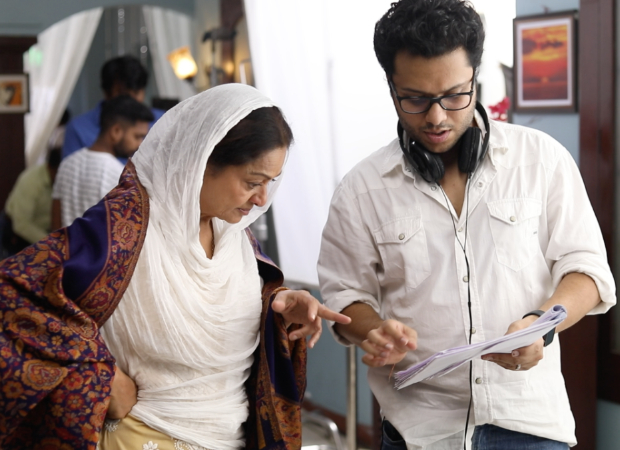 Speaking about the importance of the film and its message, Divyansh said, “I am myself a Kashmiri. My grandparents and cousins, they have gone through a lot. The kind of life they have lived since the 1990s is unbelievable. There are refugee camps even today. Looking at the way the image of Kashmir and our army in Kashmir has been portrayed especially in international media and by the propaganda by some people in our country, I felt that only one sided narrative is being shown. I feel that it is important to show the other side, which is the fact and the reality.”

“I am talking about the brainwashed youth. There is so much talent in Kashmir, but because of the brainwashed youth and the kind of sponsored terrorism that is happening across the border, they are stuck in a loop. If you see, we have shown this loop through Jahaan's character (in the film). We start with his character and end with it. We made a song as well with Semal Nikhil along with Apoorv Paliwal, ‘Ye jo jahaan hai khoya hua hai, kya ye sach hai jo bhi ye dekhta hai’. This is the question we ask and we have portrayed this in the film. So the idea was not to say one single thing, but multiple things about Kashmir, which we call the crown of India, heaven on earth,” he added.

On August 5, 2019, Article 370 from the constitution was removed and Kashmir was put under indefinite lockdown. Article 370 gave special status to the state of Jammu and Kashmir. Talking about the removal of Article 370 and the lockdown that followed, Divyansh said, “If you are talking about the lockdown post Article 370, it is for the people and not for anyone else. After the removal of Article 370, the kind of bloodshed that could have happened, did not happen. The lockdown was for the safety of the people and slowly it is being lifted. It was much needed there and there is no doubt about that. The way things are being handled, I think is commendable. And slowly after 370 we are hoping that things will get back to normal. It's like they say, 'Ek din ek saath hum lautenge Kashmir'.”

The film is titled Kashmiriyat. However, Divyansh feels that the meaning of the term died in the ‘90s. “We are actually questioning the term Kashmiriyat through the film. Kashmiriyat died in the 1990s. It's like which Kashmiriyat are you talking about. Zarina maam has a dialogue, ‘Tu kis Kashmir ki ladai lad raha hai?’ Because they never lifted a weapon. They were 4.5 lakh people back then, now how many are there. They chose education over terrorism. It is not justified what happened, that's a different thing. Terrorism, despite whatever reason it happened, cannot be justified. As Indians and as humans it is our responsibility to wake that part within us which is asleep,” he added.

Talking about the delay in the release of the short film, the director said, “We completed shooting for the film in January and we were planning to release it somewhere around Jan 26th but we had some VFX work to complete. The total film was shot in two days and we shot a small chunk on day three within 2-3 hours. But later on because of the pandemic, our release got delayed. Then we realised that the current situation will go on for a long time and the story cannot wait anymore. The idea was to do proper media trial and proper promotions because this has to reach as many people as possible. But then we realised that's not possible. So we decided to release it sitting at home. It has to reach out to as many people as possible. The truth has to come out. It is one thing that has never been said in the mainstream. Documentaries have been made. But no one has spoken about this in the mainstream. Even ours is not mainstream, it is a short film , but going by the audience we cater to, it is the same people who go to the theatre.”