Actor Anushka Sen rose to fame with her performance in television shows like Bal Veer and Jhansi Ki Rani and her multiple ads with former Indian cricket team captain MS Dhoni. All of 18, today, Anushka is not only an actress but a social media star with a massive following of 14 million on Instagram. In an exclusive conversation with Bollywood Hungama she spoke about Tik Tok and handling fame and money. 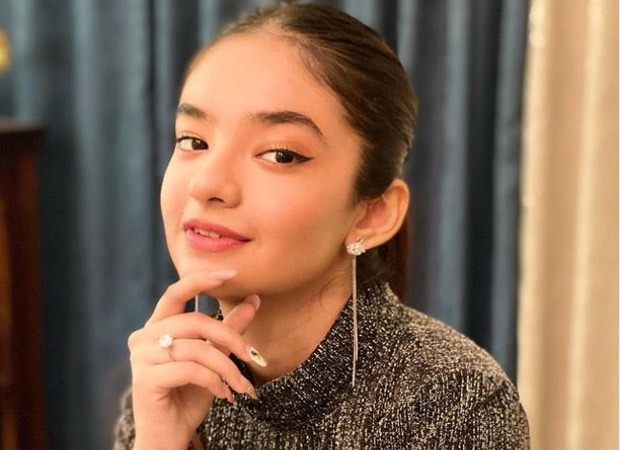 Anushka Sen has seen fame at a very young age and with all the work and love coming her way, she also started earning a lot at a much younger age. When asked about how she handles the money and fame coming her way, Anushka gave a much detailed answer. “I take it not more as a job, but as fun. I started at 9, at that time there was no social media or digital brands or anything. I am just really lucky and enjoying this experience and how India is growing, our industry is growing. How from TV we have come to mobile phones and Youtube. You can do so much stuff, you can learn. I think being an influencer teaches me how to. Like when I am acting for a web show or ads, there are people for hair, make up, camera. But when you are doing your YouTube video, at least I as an influencer, I take help from my parents and we shoot it at home. So I think it teaches you a lot,” she said.

“I am studying filmmaking. It also gives me practical knowledge on how you can be good at your work. So I think social media is something fun for me. I like connecting to my fans. So the money part is not really important for me, because I am too young for thinking about that. I am very blessed that I am working and I have there's brand endorsements because I am influencer and a Youtuber. But for me it's the fun and the experience that I get. I am very fortunate that I am getting to connect with so many people from all over the world,” she added.

Meanwhile, there is a Tik Tok account with Anushka’s name with over a million followers. When asked about it, she reveals those are fake accounts. “I was never on Tik Tok. That is a fake account. There are so many fake accounts actually. Many fans come and tell me that we saw you on Tik Tok. I do not even have the app on my phone and I never had. I was the brand ambassador of another app. But of course I have the experience of making short videos for fun. Now that this is gone, I don't think it is entirely gone. People are now making reels. But honestly I like Instagram more. I like going live, talking to people.”