Pankaj Tripathi has entertained us throughout the years with his versatile performance. From serious to comedy to emotional, Pankaj is known to ace every character that he has portrayed. The actor is also a favourite among meme-makers because of his popular dialogues from various films and web series. He will next be seen playing an interesting cop in the upcoming comic caper Bunty Aur Babli 2. The film also stars Rani Mukerji, Saif Ali Khan, Siddhant Chaturvedi, and Sharvari. 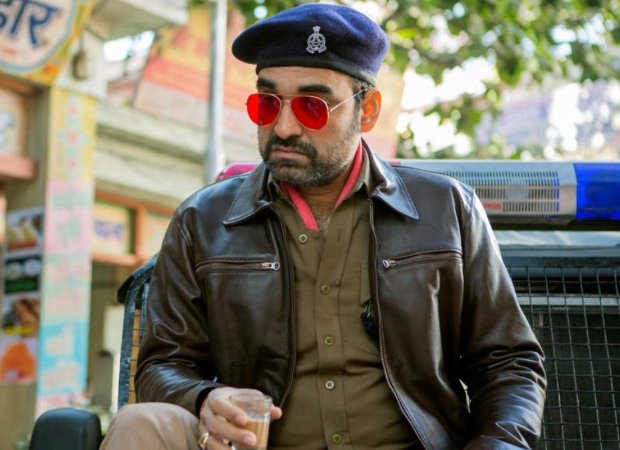 Pankaj Tripathi revealed that the film will give a lot of fodder to meme creators. “A lot of memes will be made. There is a lot of meme material in the film. My character is very colourful, he considers himself a super cop who is very intelligent. But his style of working is very distinct so it will be fun for people,” the actor said in an exclusive chat with Bollywood Hungama.

“He hopes to become a great cop or feels that he is in the process to become the greatest cop. He always wanted to become an actor but ended up joining the police force. He is a filmy cop but intelligent. He sets the old Bunty Babli behind the modern Bunty Babli so that they do his work. He feels that a cop should be intelligent and that's why he makes one chase behind the other. The audience will get to see different layers of his in the film," Pankaj Tripathi added, talking further about his character.

Talking about doing comic scenes for the film, the actor shared, “It is very difficult to recreate comedy. You should feel like it is happening for the first time. Sometimes you have to take multiple takes. Even after 2-3 takes, the freshness and timing should be retained. Making someone laugh is a difficult task. But Varun's (Sharma) writing, guidance and all the hard work put in by the actors hopefully will make people laugh.

Directed by Varun V. Sharma, Bunty Aur Babli 2 will be released in theatres on November 19.