It has been seven years since Kriti Sanon made her debut as an actor in Bollywood with the film Heropanti. Over the years, she has worked on improving her craft with each film. Today, Kriti has an interesting lineup of films including Mimi, Bachchan Pandey, Bhediya and Ganapath. In a recent chat with Bollywood Hungama, Kriti Sanon spoke about the films that helped her evolve as an actor. 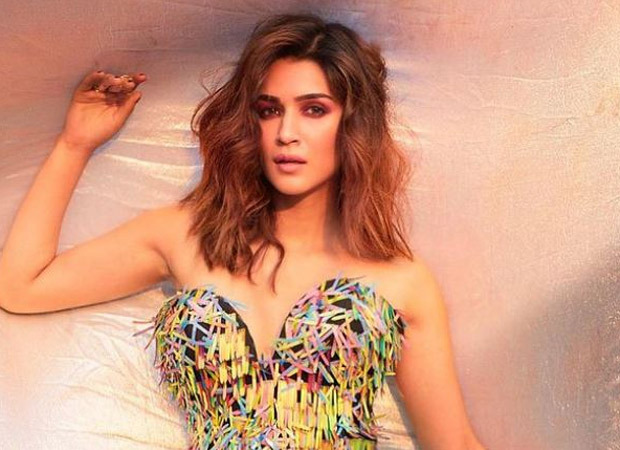 When asked about the films that helped her shape as an actor, she named two films which had released back to back. “I would actually say a combination of Raabta and Bareilly Ki Barfi. I got a lot of praises for my performance in Bareilly and that kind of was a milestone in my career where people kind of woke up to me and saw me as an actor. But I do realize that I could do what I could do in Bareilly because I was coming from a film that I gave a lot to in terms of prep which is Raabta. Bareilly was shot in one schedule in 45 days. I gave Raabta about a year. I have never prepped for any films as much as I did for that film. Even though the film didn't work, I think I gained a lot from it. I think it opened something in me and I kind of became more uninhibited and that kind of helped in Bareilly Ki Barfi,” she said.

“But if I had to count the film that has not been released, then it would be hands down Mimi because the experience I had in Mimi has been so satisfying as an actor. It gave me the platform to kind of explore scenes and emotions I have never experienced in my life. That whole process of being a mother and the journey you go through is something that only when you have done it you know it. The child in your body, all the transformations in your body when you are delivering a child. All these are experiences I have not had . It's only something you can borrow from something you have heard, read, seen and then believe you are going through it. I think Mimi gave me a lot to explore as an actor. I think Laxman (Utekar) sir really believed in me a lot which pushed me beyond what I thought I could do,” she added.

Mimi was wrapped up a year ago. However, the makers are yet to decide on a release date despite several movie makers announcing the release dates of their films. When asked about its release, Kriti said, “So far from what the producers have told me, it is theatrical. We are hoping that films start working and people start going to theatres. The date has not been announced because a film like Mimi needs a good release date so that it gets what it deserves. It's not like a massive film like say a Sooryavanshi and ‘83 which are more of these bigger massy films. This is a very content driven film. I think it needs its breathing space. Once theatres start running for real, I think they will probably announce it.”

ALSO READ: EXCLUSIVE: “These are different genres and so I as an actor will get to show range” -Kriti Sanon on her upcoming projects