Actor Kajal Aggarwal recently became the first actress across all Southern film industries to be featured at the Madam Tussauds Wax Museum, Singapore. Accompanied by sister Nisha Agarwal and her parents, she flew over, to inaugurate her statue. As she still cherishes the overwhelmingly happy moments, we caught up with her for a brief chat. 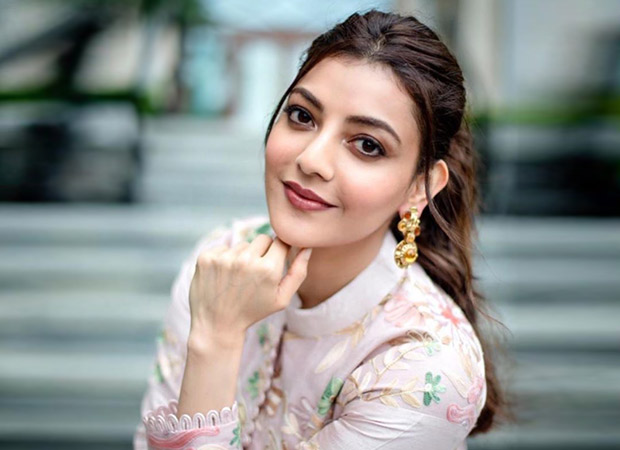 The actor says she is filled with gratitude to have made it there. Quite obviously, her phone just doesn't stop buzzing, since her friends and colleagues from the industry are also constantly sending in congratulatory messages. "My messages have been pouring in and my phone hasn't stopped ringing," she says.

Kajal's last Bollywood outing was the 2016 film Do Lafzon Ki Kahani, opposite Randeep Hooda. We ask her why is it that she is seen so less in Hindi films. She says language wasn't something she ever took into consideration. "I have always been super busy with my South films; Telugu, Tamil. I also choose Hindi...I choose the best of all languages. When I have about ten films to choose and I can accommodate only four, I obviously make my choices accordingly. The language becomes secondary, to me. It's about which script to choose and what project you want to pick up," she says.

The actor will be next seen playing a pivotal character in Sanjay Gupta's Mumbai Saga, which features John Abraham, Jackie Shroff and Emraan Hashmi among others. The story is based on the backdrop of the changing faces of Mumbai, through the eighties and nineties. "I play a very feisty, young girl, who is paired opposite John (Abraham), and how they both take the story forward. She is quite an instrumental character in John's life," she says, adding that she can't divulge more.

As per rumours, Kajal was also about to sign a film with Dulquer Salmaan. "I can't talk about it. Let them make an announcement. I can't confirm, or deny. Let's just say we are in talks," she signs off.

In the next two days, the actor also starts filming for Kamal Haasan starrer Indian 2.