Actor Sahil Vaid is popularly known for his roles in films like Humpty Sharma Ki Dulhania, Badrinath Ki Dulhania, and Dil Bechara. He was last seen in the recently released film Shershaah. While he has been largely associated with playing the lead actor’s best friend or in comical roles, the actor is actively trying to break away from that zone and is looking to explore varied characters. In an exclusive conversation with Bollywood Hungama, Sahil Vaid spoke about why OTT platforms make him anxious, getting stereotyped, and life as a voice-over artist 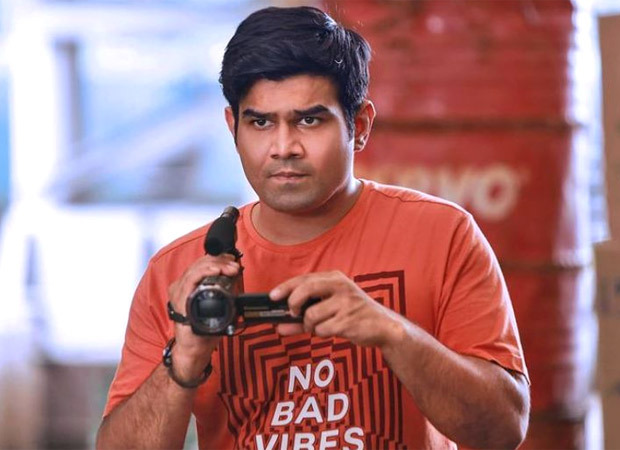 EXCLUSIVE: “Our industry needs to learn how to imagine actors in different characters”- Sahil Vaid

Why OTT platforms have left him anxious-

OTT has left me more anxious as an actor because whenever I've seen a great shows, like Mirzapur, or Paatal Lok, or even The Family Man, or, all these shows, I had no idea when they happened. I had no idea when they were shot. I didn't even know when the tests were going on. And when they came out, and I called people in and said, ‘Hello, I'm an actor. This is exactly my zone, Mirzapur is exactly my zone’. People are like, ‘Oh, yeah, we forgot about you’ because they thought I was the Dharma boy. They thought I could only do soft movies and because nobody has watched Bank Chor. It’s a flop film. So, nobody knows my range as an actor. So, people kind of, say, ‘Aha, next time, we'll remember’. But then suddenly, season two comes out. And then you call them again and say, ‘You did not take my test once again’ and they are like, ‘Oh shit, we forgot again. Sorry.’ So it's like everybody knows me. If you go out there in the circuit and say Sahil Vaid, everybody says, ‘Oh, he's an amazing actor’ but somehow someway, there's this tag that I have. It's lingering on.

Silence (ZEE5 original web series) is now making a sequel. I'm going to be a part of that, as well. I'm being a police officer in that. I met Manoj (Bajpayee) sir recently. He was also kind of a little irritated saying, now everybody wants me to play a cop. Be it Silence, be it The Family Man, be it his new show, Dial 100. It's crazy. I think our industry needs to learn how to imagine actors in different characters. If an actor becomes hit in one character, they just want to play it safe and cast that actor for the same. The Dulhania franchise is different. That was a promise made to each other, that we will make three films and will be a part of all three.

The industry needs to give me more opportunities of different kinds. I am trying that by saying no to similar roles, and saying yes to even smaller roles, which are completely different from what I've done before. I signed this movie called Chatrapathi (Hindi remake of Telugu film Chatrapathi) very recently. I'm playing this character, which is completely different from what I've done before. I get to perform differently. I get to speak a different pattern of speech. I get to do something that every actor dreams of doing. I get to do a death scene. It's a beautiful role. Now, I've tried evil. I've tried funny. I've tried supportive. I don't think I have anything else to prove as an actor. Action star. Okay, fine. I'm trained in kung fu and martial arts. How many people know that? I don't think so many. They don't even make me dance in songs. I'm a trained dancer. How do you let people know this? People say I should put videos on Instagram. That's where people will see. I despise Instagram.  I mean Instagram should not be a platform where I show off my talent. I want to do it in the movies. It should come as a surprise.

The moment Dulhania 3 gets announced, if it's being made, and I do that movie, I'm going to stop doing all these small roles, because then I would sit and wait for an opportunity where people can re-imagine me. Otherwise, I'm happy doing my theater. I get to do more different kinds of roles in the theater, or in the dubbing theater.

It started because I didn't have any money, I wanted to sustain myself. And funny enough, it is actually exactly like acting. Only you are acting in front of the microphone instead of in front of the camera. So, people started giving me good money. I honestly started it because they paid good money. I continue it because I've fallen in love with it. I have enough acting work now to actually let go of dubbing but I won't. I just finished dubbing for the second part of Boss Baby and last year I dubbed for the film called No Time To Die.

Influence of the writer in him in his acting roles-

Shashank(Khaitan) is a good writer himself. So, I don't have to put a lot of me in there. I get a lot on a platter because he's a good writer. Everywhere else I go, being a good writer, kind of helps me understand the written word more because when I read, I see through the text and I see the subtext. I mean, this is all technical jargon. It's very simple. You know, if you can write, you can read better. If you can read better, you can kind of translate that on screen far better.

I have written but not credited for which is a very sad reality for me. Someday, when I'm a little more influential, I will name those movies and I will name those people. But I'm writing a couple of more movies and I have a feeling I will, personally would want to kind of pitch them. And if I hand it to a director to make it, I'm okay with that. It hurts when you go to the theatres and find out that you enjoy a movie with your friends written by you. It hurts you, it’s a sad thing. I've been writing a couple of them in the lockdown. I'll hand it to a couple of directors and kind of get feedback. Unfortunately, you have to do that as a writer. Some give you feedback, some make a movie out of it and don't tell you. They can steal the script, they can't steal ideas.

ALSO READ: EXCLUSIVE: “I didn’t want to be a part of this film. I wanted to play a soldier”- Sahil Vaid on being a part of Shershaah, and getting stereotyped in the industry