Last month, acclaimed Hollywood director Christopher Nolan surprised his Indians fans as he quietly arrived in Mumbai to shoot his upcoming film, Tenet. For the next few days, he meticulously shot in and around Colaba and Kemps Corner amidst heavy security. The shoot went on smoothly and security was given by the police and other departments too cooperated to ensure Nolan can complete filming without any hindrances. 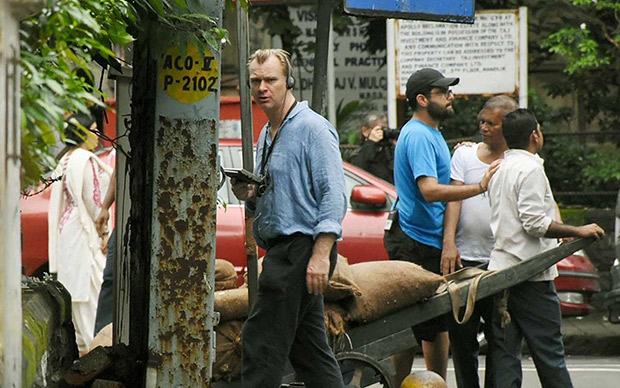 EXCLUSIVE: In a FIRST ever instance, Christopher Nolan was granted permission to shoot Tenet in Mumbai within A WEEK!

Shooting in Mumbai and even other parts of the country can be quite a task. Getting permissions is an uphill process as there are so many different departments from where permission has to be sought. Tom Cruise in an interview after the release of Mission: Impossible – Fallout admitted that he wanted to shoot a chunk of the film in Kashmir but he was not given permission. Similarly, the team of his earlier film Mission: Impossible – Ghost Protocol had to recreate Mumbai in Vancouver because, in Tom Cruise's words, “he was not allowed to shut down streets.”

Even if one passes through the permission stage with flying colours, getting the shoot done smoothly can also be a challenge. A shocking case was reported in 2016 when the makers of Victoria & Abdul had to face the wrath of Bajrang Dal in Agra against the installation of Queen Victoria’s statue in Mehtab Bagh. The filmmakers panicked and left and shot the Agra portions in London. But in case of the shoot of Tenet, the process was completely hassle-free despite the fact that the venue of filming was the crowded lanes of Colaba.

So how did this ‘Mission Impossible’ happen? It has now come to light that Prakash Javedekar, the Information and Broadcasting (I&B) Minister, played a huge role in getting this done. Christopher Nolan arrived in Mumbai last year for an event hosted by Film Heritage Foundation’s Shivendra Singh Dungarpur on the need for the restoration and preservation of films. During his four-day stay in the Maximum City, he decided to shoot a portion of Tenet here. He came to Mumbai again in February and April 2019 for the recce and also to speak about getting permissions. In a surprising move, Prakash Javedekar, on behalf of the producers, took permission from the various departments for the shoot of Tenet. In other words, for the first time ever, a single-window clearance system was initiated. Getting the permission can take weeks or even months. But guess what, in case of Tenet, the producers secured the permission in approximately one week!

A source says, “The departments and people from whom the permission was sought in record time are Joint Secretary of Ministry of Defence, CMO of Maharashtra, Commissioner of Police Mumbai, Municipal Commissioner of Mumbai, Director General of Civil Aviation, Director General of Bureau of Civil Aviation Security, MD of Maharashtra Film, Stage and Cultural Development Corporation Ltd, Mumbai City Collector, Chairman of Mumbai Port Trust, Chief Secretary of Government of Maharashtra, Vice Admiral and Flag Officer, Commanding in Chief of Western Naval Command, DCP (City), Commissioner of Customs, DCP of Mumbai Traffic Police Headquarters and BMC. We have conveyed our thanks to all of them with the request for further support.”

The source continues, “The idea is simple. Prakash Javedekar and Prime Minister Narendra Modi want to enable the ease of doing business in the field of entertainment. Mr Modi had met celebrities earlier this year twice, once in Delhi and once in Mumbai, and had taken note of the obsolete laws and other problems plaguing the film industry. When the government learnt that a respected filmmaker like Christopher Nolan wants to shoot Merry Go Round (Tenet’s working title during pre-production) in Mumbai, they realized it’s a golden opportunity to commence the single-window clearance system. Also, Tenet is a huge film and hence, the message is given loud and clear that filmmakers from all over the world are welcome to shoot anywhere in India and that they’ll be given permissions easily and quickly.”

The source also adds, “The website of Film Facilitation Office (FFO) was launched by I&B ministry in 2016 to secure permissions and from now on, this website promises to bypass all the hassles the filmmakers have faced in the past. And not just foreign productions, even the Indian filmmakers can take the advantage of single window clearance mechanism.”

Tenet is not the only instance where the government proved that shooting in India is now easy. Last month, the I&B ministry held an An India Breakfast Networking session at the Toronto International Film Festival (TIFF). The Indian delegation present at the session informed participants about the FFO and that things have changed for the better in India.