Last Updated 08.08.2022 | 10:32 PM IST
feedback language
follow us on
Bollywood Hungama » News » Bollywood Features News » EXCLUSIVE: “Everybody is pretty cognizant of the sentiments of the Tamil people and Tamil culture”- Raj Nidimoru on The Family Man 2

The trailer of the much-awaited web series The Family Man 2 was released on May 19. The first season of the series created by Raj Nidimoru and Krishna DK, popularly known as Raj and DK, was an instant hit. The second season will see the entry of Samantha Akkineni as the antagonist. Ahead of the release of the series, Raj and DK spoke about the show with Bollywood Hungama. 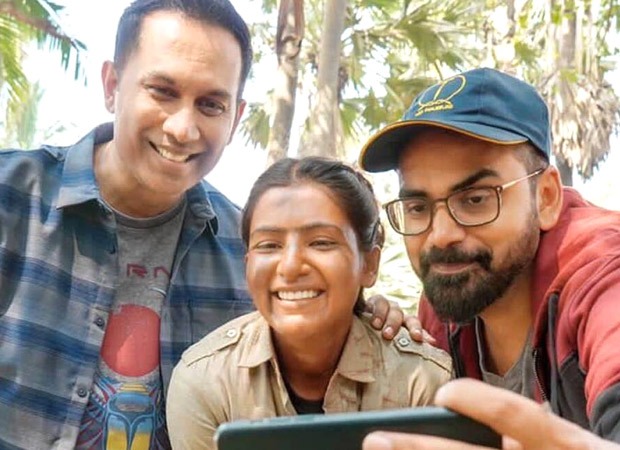 EXCLUSIVE: “Everybody is pretty cognizant of the sentiments of the Tamil people and Tamil culture”- Raj Nidimoru on The Family Man 2

The first season of the show reflected on the various viewpoints of an issue and stayed clear from taking a stance. When asked if one can expect the same in the second season, Raj said, “We don’t tend to take a stance at all because I don’t think we are the kind of people we made movies about zombies also. It is the fact that we have a story to tell but I dint want to take a stance. It is about being observers and not comment on it. That's our thing in whatever we have done. We rather be the observers.”

“This whole show is inspired by newspaper articles. Stories that you see in newspaper articles, we are kind of making a fictional worked around it, showing it the way it is It was really more about that. Especially in this season, we are as close to Tamil as possible. DK can be closer to Tamil Nadu than anybody else here, so as Samantha, so as I, so as our co-writers. So everybody is pretty cognizant of the sentiments of the Tamil people and Tamil culture; Priya is also Tamil. So we know the world. We are just showing what we have seen and read in an objective manner. The key is objective,” he added.

The Family Man 2 that stars Manoj Bajpayee, Priyamani, Samantha Akkineni, Sharib Hashmi, and others will start streaming from June 4 on Amazon Prime Video.

ALSO READ: EXCLUSIVE: Manoj Bajpayee on how The Family Man 2 is different from season 2 – “We can’t be carrying the same baggage onto the next one”