Shakun Batra directed Gehraiyaan which is currently streaming on Amazon Prime Video has received largely positive responses. Through the characters played by actors Deepika Padukone, Siddhant Chaturvedi, Ananya Panday, and Dhairya Karwa, the film talks about the complexities of modern-day romance, touching upon themes like infidelity, commitment, and desires. This is the first time that a mainstream Bollywood film has touched upon the topic of infidelity the way Gehraiyaan has. For the intimate scenes in the film, Shakun Batra had roped in intimacy co-ordinator Dar Gai to prep the cast and make them comfortable with each other. Apart from an intimacy coordinator, Shakun also had a yoga instructor on board. Celebrity Yoga and Holistic Wellness Expert Anshuka Parwani, founder of Anshuka Yoga helped prepare Deepika for the film as she plays a yoga teacher in the film. 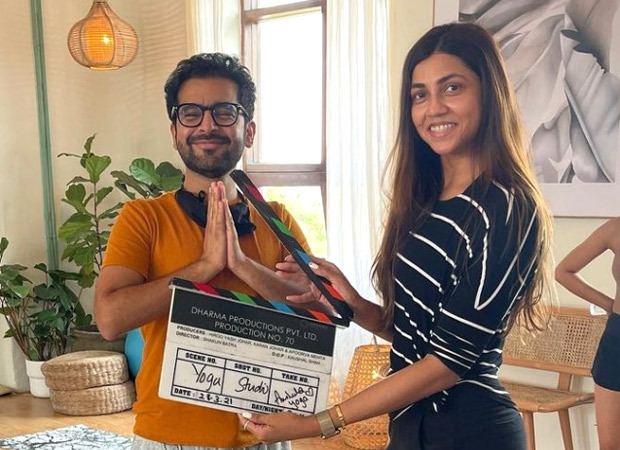 EXCLUSIVE: Celebrity Yoga Expert Anshuka Parwani of Anshuka Yoga on prepping the Gehraiyaan cast- “It was a beautiful combination of the magic of Yoga, relationships, and emotional depth in a captivating movie”

While Anshuka has been on film sets accompanying actress Kareena Kapoor Khan- her first student- on outdoor locations in the past, she said that it is the first time that she was on a film set to help a character prepare to be a yoga instructor. "Shakun had approached me after he had finalised the script and six-eight months before the training began," shares Anshuka Parwani in an exclusive conversation with Bollywood Hungama. "I was told that the movie would involve a lot of yoga and one of the main characters was somebody who is going to be playing the part of an experienced yoga practitioner. Then closer to the movie, I was told that Deepika is a yoga teacher in the film and the yoga teacher needs to be well versed with the knowledge of Yoga," she added.

Talking about preparing Deepika to play a yoga teacher in the film, Anshuka shares, "We started training together a few months before the movie shoot started. The understanding that yoga is a holistic practice was at the center of everything we did which included Asanas, pranayam, meditation etc. As a teacher, it is just not the yoga asana practice, it's beyond that. We made sure that we were working on the skill sets of strength, stamina, flexibility when working on more complex and advanced asanas and to get into that flow and to build that kind of endurance. As a yoga teacher, you have to be in tune with your body; for Deepika, that came very naturally to her. She's an advocate for mental health and understands the mind-body-soul connection. You really have to be in sync with the energy to get the best out of your practice. Given how disciplined and mindful she is with everything that she does, she's a perfectionist and the practice came very naturally to her, and that really helped in the whole prepping of the film. We also got into certain complex asanas and a lot of deep stretches, because she's already very flexible. So it was a delight to work with that because we could push even further."

This is the first time that actors received training from an intimacy coordinator and a yoga instructor to get in sync with one another and be comfortable while performing their scenes. "I have been on outdoor film sets but what was really different this time was having an intimacy coordinator. It was a great experience because something like this has not been done by the whole industry. We can really learn from this because Deepika has also said in her earlier interview with Amazon, that generally actors are thrown into an intimate scene, and they don't say anything because they want to be professional. But for Shakun, the perfectionist that he is, to get an intimacy director on board was really important to master the scenes and make a safe environment for all the actors. For me, it was the most beautiful combination of the magic of Yoga, relationships, and emotional depth in a captivating movie," Anshuka said.

While Anshuka and Dar Gai's methods and workshops were different, the aim and principles were the same. Anshuka’s yoga workshops contributed to building trust and chemistry amongst the actors as well. "I think it was a beautiful experience to see Dar Gai really create such an environment safe for emotions and intimacy," she said.

Not only Deepika, but the rest of the lead cast members also took part in the yoga workshops to build chemistry and learn to let go by trusting each other. "We had lots of yoga workshops with all the actors. The workshops were designed for couple asanas, a couple of drills, exercises, where they really trust each other. From the yoga perspective, we build that energy in the class, and created an environment for a wholesome yoga practice. During these couple asanas, the actors had to depend on each other, and balance out each other’s strengths and weaknesses. Yoga helps release trapped emotions and stress; using breathwork, stretches, and asanas, it makes for a great tool for introspection. The trust to let go was definitely what yoga brought to the workshops which later translated into the film as well. I think working together, practicing yoga together also helped, especially in front of the camera, because yoga is such a big part of the film. So I think creating that energy was very vital," she said.