The world celebrated Photography Day on August 19. On this special occasion, popular celebrity photographer Avinash Gowariker sat down with Bollywood Hungama to talk about his career, his shoots, his favourite photos and what it is like to shoot with some of the biggest superstars. In the conversation, Gowariker revealed how Khan's spontaneity in shoots trained him to work under any circumstances. He revealed an instance in 90s when they shot randomly on a boat and that shoot's picture became poster of Judwaa. 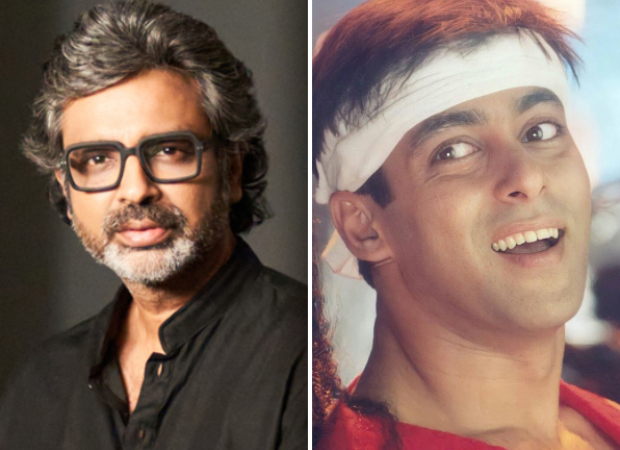 "We used to shoot around Galaxy apartments and outside Galaxy, there are these fisherman's boats. So Salman went on a boat and he said 'Come, let's shoot there.' He removed his ganji (tank top) and tied it to his head and held the boat and came down with a mock gun. I shot that as a picture on negative, simple negative and we made a print. There was no concept to it; there's nothing. It was just Salman Khan holding the boat and coming down like this with a gun and that ganji around his forehead," he tells Bollywood Hungama.

He continues, "When the pictures came, we know that it was not digital. So when the prints came in the evening, we were seeing, Sajid Nadiadwala walked in because he was very close friends of Salman Khan then and now and mine also. He saw the pictures and said 'Yeh bahut accha hai. Yeh apna poster hai Judwaa ka' (These are really good pictures. This is our poster of Judwaa). But, Salman Khan said this is not the look in the film. The climax of Judwaa had not yet been shot. So Nadiadwala loved it so much that he said, 'No, we'll make you aware that in the climax and we'll make one of the poster because many posters were there for Judwaa.' Yeah, so he put that up with a hoarding issue and that was my first hoarding. That is very memorable for me because it came out of nowhere. Nadiadwala made that into a poster and he made that look into the climax look of Judwaa. Wow, so that's very memorable."

Judwa was helmed by David Dhawan. The film starred Karisma Kapoor and Rambha. It was released in 1997.

Watch the interview below:

ALSO READ: EXCLUSIVE: Celebrity photographer Avinash Gowariker reveals how Salman Khan's spontaneity in shoots trained him: 'He doesn't give too much time; he is impatient'