Adhvik Mahajan has recently collaborated with Rashami Desai for a short film titled Tamas. The actor who was last seen in Divya Drishti tried his hand at ideating and directing for the first time and the fans are super impressed with the results. In a work-from-home project, Tamas deals with one of the most sensitive and tricky topics prevailing in the country, cast discrimination and stereotypes. The film tackles this problem in the simplest way and was highly appreciated by the viewers. Adhvik Mahajan, in an exclusive conversation with Bollywood Hungama, spoke in detail about how he ideated the short film and couldn’t stop praising Rashami Desai, his virtual co-star. 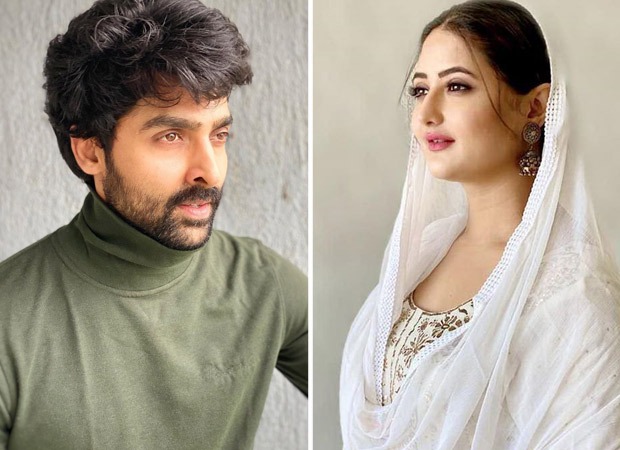 When asked about how he ideated the short film, Adhvik said, “I had this concept in my mind for about a year and a half. Like, there was something that bothered me, I did not appreciate the way that people made fun of them. They’ve faced a lot of trouble and it’s been 10 years since I moved to Mumbai and I have seen my friend and colleagues face a lot of problems because of their religion and faith. I wanted to bring this topic to light because I know people from that community and they are not at all as they are perceived to be. I believe there are good and bad people in every society and one cannot judge the entire community on the basis of it. So, I’ve wanted to talk about it but I was too occupied with Divya Drishti and then the lockdown happened. Then, I thought let me put this idea out, I didn’t know what effect or reaction it would get, but even if ten people watch it and one of them understands what I’m trying to say then my work is done there.”

Elaborating further on overcoming the obstacles of shooting during the lockdown and the lack of proper equipment, Adhvik said, “It took me two-three days to write down the script and then I realized that I don’t even have the professional camera to shoot the film. I had no crew, location, or actors, and I had never been on the other side of the camera before. I asked a friend if he could come over and help me out with the DOP part and he reminded me of the lockdown. I was very unsure of how to do it since I was not prepared to shoot during the lockdown. But then I shot on my phone, used natural lighting, shifted things out of my house to make it look like a bachelor pad. After we shot for it, it took me a lot of time to find the right channel to associate it with. So, the entire process took about two-three months.”

Speaking about his virtual co-star Rashami Desai, Adhvik said, “The hero of my film is Rashami Desai and her character Saina. I did not want to be the hero here, I’ve sort of given a grey hue to my character. The kind of trust that she has shown in me, since I’m not a filmmaker. Rashami has a huge name in the industry, she’s a big star; so for her to show trust in me, to do something I’ve asked her without questioning it, shows how big a deal trust is. Now that I think of it, had Rashami refused to play Saina, I don’t think anybody else could have done it like she did.”

Also Read: Rashami Desai announces her collaboration with Adhvik Mahajan, leaves the fans in frenzy with the mystery