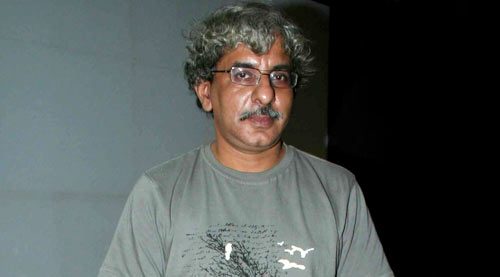 Badlapur is a success and the way it is going currently, it is also turning out to be the most profitable film of the year so far. For Sriram Raghavan, it is a reason good enough to rejoice as the film is now his biggest victory after the critical appreciation and mild success of Ek Haseena Thi and Johnny Gaddar. Now with his Varun Dhawan and Nawazuddin Siddiqui starrer, he has managed to achieve a feat that not many succeed in, which is marrying unconventional content with safe commerce, hence resulting in a profitable venture.

While for producers Dinesh Vijan and Sunil Lulla this is good news indeed, for Sriram it is now time to soak into the glory of all the accolades and appreciation coming his way, though yet again it is the thriller genre that he has explored, albeit with a different style, sensibility and treatment.

"Ek Haseena Thi could be termed as a romantic, revenge thriller or a jail drama. Johnny Gaddaar was a caper heist movie. Agent Vinod was a spy thriller. Now Badlapur is a psychological thriller. I like exploring this genre to the fullest," says Sriram in a relieved tone, what with the weekdays enjoying stable collections as well after a good weekend.

However, isn't he thinking of trying out a different genre altogether and taking a break from thrillers. Time and again one hears that a director has to internalize a lot of energy into making a film like this. Was that the same for you as well?

"Everyone I meet asks me why do I make only thrillers," laughs Sriram, "My point is that even within the genre, there is so much variety. Every film requires its own kind of focus and internalization I guess."

No wonder, for Badlapur he wanted a different narrative, look, style and texture, for which he made sure that his team was familiarized enough.

"We, my main actors and HoDs watched several films in the zone that we were working on, ranging from Robert Bresson to Brian de Palma. I saw many World cinema thrillers. Iran's The Separation is also a thriller. I made a list of reference films for Badlapur which I shared with the gang. I made Varun watch a lot of movies that he may never have heard of. He had a great time and subconsciously helped his performance," details Sriram.

Now that the results are out, we couldn't agree more.