A day ago, the evergreen young actor Anil Kapoor took to social media to share a special message for his wife Sunita Kapoor. While the actor has ventured into production and has continued with his acting career, his wife Sunita has stayed away from the limelight. Despite that, their love story shows that love is forever and this wedding anniversary post by Anil only reinstates it. 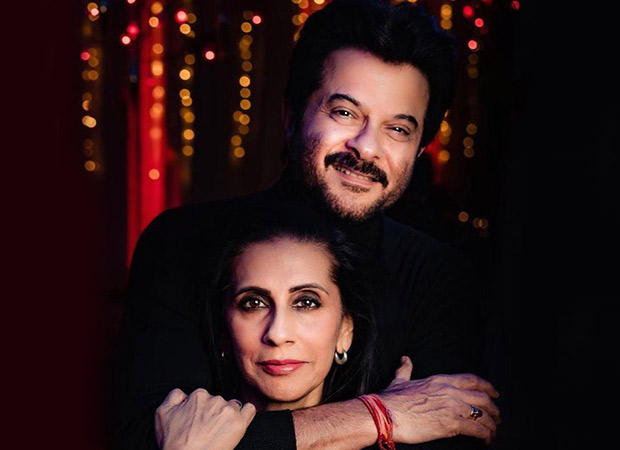 For the uninitiated, Anil Kapoor took to Instagram to celebrate his 35 years of marriage to Sunita Kapoor wherein he not only shared a picture from their recent photoshoot but also a lovely message. On the other hand, Sunita too shared a lovely message for her husband!

The best thing that ever happened to me is you...Our life together has been one big adventure & through it all, you were my love, are my love & will be my love till my last breath. Your love & support is the reason for who and what I am. Thank you for the best 11 years of dating & 35 years of marriage! I can't wait to spend the next 46 with you! Happy Anniversary, @kapoor.sunita! Love you!

Sharing the good times,bearing the hard times, trusting in love to show us the way. Laughing and living ,trusting and forgiving. Together forever , side by side , day by day and the years have flown. ❤️❤️❤️❤️❤️❤️###35##????????????

In earlier reports, Anil Kapoor have a glimpse of his love story with Sunita Kapoor where he stated that he fell in love with her voice when he met her at Raj Kapoor's house. He mentioned that their love grew with years as it just started off as a platonic friendship. He also spoke that he was quite impressed with her command over English. She was a model then and they dated for quite some time.

He decided to tie the knot when he knew he had the financial backing. In these reports, he mentioned that Sunita was always sure that she wouldn’t cook and that Anil knew that he had to find a way to afford a house and a cook. And it only after he gained success that he tied the knot with her. However, the actor also asserted that if there is one thing he has always appreciated in his wife is that she was always an independent woman. Anil has never shied away for showing how much he loves and respects his wife and if anything, his recent revelation about their love story in reports has only made us them respect them as a couple more! Don’t you think so?