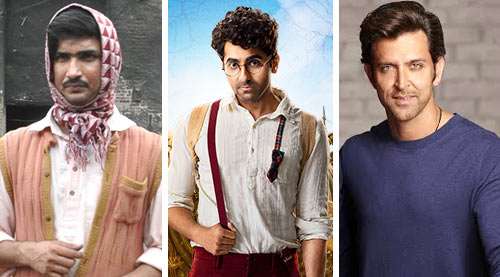 It looks like 2015 will be an epic year for Bollywood. Several filmmakers have lined up big-budget spectacles that go back in time. Here's looking at the big-budget epics of 2015.

1.  Bajirao Mastani: Set in the 17th century Sanjay Leela Bhansali's quasi-historical featuring the Ram Leela trio of Ranveer Singh, Deepika Padukone and Priyanka Chopra is one of the most expensive Hindi films to be produced. Bhansali spares no expenses to tell the love story of the Maratha Peshwa Bajirao and his passionate liaison with his two wives.

2.  Detective Byomkesh Bakshy: Kolkata 1940s. Dibakar Bannerji recreates the intrigue of the era through painstaking care for details.Sushant Singh Rajput changes his body language completely. This is Dibakar's most expensive film to date.

3.  Bombay Velvet: Ranbir Kapoor amd Anushka Sharma re-live Bombay in the 1960s in this large-screen adaptation of Gyan Prakash's Mumbai Fables. The bygone era of Mumbai was recreated in Sri Lanka. The film is reputed to have gone grossly over-budget.

5.  Mohenjo Daro: Ashutosh Gowariker's fourth period film after Lagaan, Jodhaa Akbar and Khelen Hum Jee Jaan Se takes Hrithik Roshan back to 2600 BC. With his modern body language it would be interesting to see Hrithik turn the clock back to a time when there were no clocks.