It was a do or die situation for both England and New Zealand on Sunday at the ICC World Cup 2019 finals. The two teams tied the match and it all came down to the super over as England was crowned the new world champions at Lord's Stadium. The 44-year-long wait for England came to an end as they won the title in their home country. 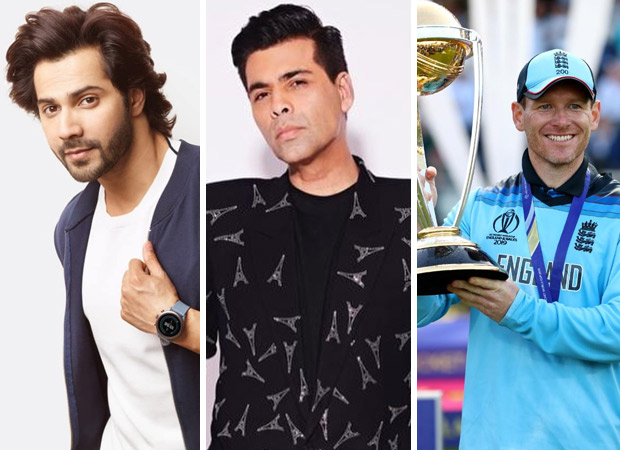 While it turned out to be a bummer for New Zealand as the number of boundaries decided the winner, they won the hearts of millions of Cricket lovers with their amazing performance. Kane Williamson took home the Player of the tournament for scoring 578 runs. And for his amazing leadership that led the Black Caps to their second World Cup final. The skipper was awarded the title by master blaster Sachin Tendulkar.

As fans praised Ben Stokes and team for their incredible performance, Kane Williamson and his team also were cheered on. Bollywood celebrities took to their social media to say that it was one of the finest moments in cricket history and some unforgettable moments that will be cherished forever.

What a #WorldCupfinal. Unbelievable my entire family is awake. Who u got

Has there been a better Sunday for a genuine sports enthusiast.. the Wimbledon and the Cricket World Cup finals going down to the wire. Wow..!! Exhausted ..

England had a better kundli! NZ had the better game!!! #NZLvENG

Honestly speaking @ICC has made cricket such a batsmen game and wickets really don’t matter. Its all about the batsmen scores & the wickets are treated like the lower caste. If there was equality between bowling and batting .. New Zealand would be a winner today @cricketworldcup

Today was one of the most epic days ever in the history of sport!! #cwc19 #wimbledon #BritishGrandPrix Sport was the winner today...truly!! Thank you to all the sportsmen who work so hard to represent their countries & to entertain the crowds!! Today u were all champions????????❤️????????

What an epic final! Amazing cricket from both sides, intense crazy,mad ,emotional ????????what a high! #ICCCricketWorldCup2019 #EnglandvsNewzealand

Oh Man... My heart goes out to NZ team .. what an effort and game by them .. but the Gods were with England.. what a player this Stokes is .. Extremely superhuman grit by England .. what a game .. phew .. now one more to go . Your turn #ISRO .. @ISRO

Cricket at its best - Epic #WorldCupFinals - Congratulations @englandcricket the Champions of world cricket. My heart goes out to @BLACKCAPS - they were so so good- for me they are the uncrowned champs of #WorldCup2019

CRICKET IS THE WINNER in this #WorldCupFinal2019. What an unbelievable match!!! Congratulations England. Amazing Victory!! And #NewZealand is a team of Heroes. Jai Ho!! ???????????? pic.twitter.com/JEacLTwWCW

Feel for NZ & FED. I believe they both deserved to win.
Isn’t this the best day in sporting history? #CWC19Final #WimbledonFinal

Destiny/Design ?! UNREAL DRAMAAA!! SHEER BRILLIANCE !! Humongous congratulations #TeamENG!! What an unforgettable, phenomenal end to a stellar season !!Heart goes out to #TeamNZ !!STANDING OVATION for all. PS: We can all breathe now. #CWC19 #ChampionsAll #TopClassGame #SportWins