Elvis Presley has arrived! Ahead of the premiere at Cannes Film Festival 2022, Warner Bros. on Monday dropped the second trailer of Baz Luhrmann's Elvis starring Austin Butler in titular role. 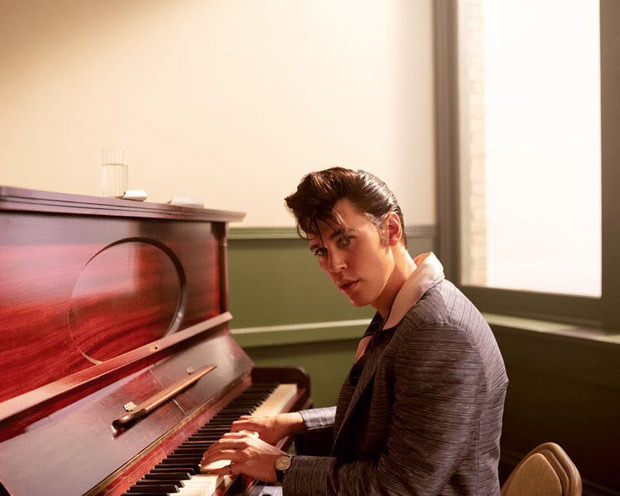 In the new trailer, we see Elvis avoiding the warnings to give a sexually amped up performance. The trailer gives a glimpse of his relationship with his fans, his mother, his comeback special from 1968, his romance with Priscilla, played by Olivia DeJonge.

The new trailer also gives a glimpse of new music including Eminem and CeeLo Green, Doja Cat, Kacey Musgraves, Jack White, and Stevie Nicks. "Music in this film is as important as words," Luhrmann previously told Entertainment Weekly. "Because Elvis was a man of few words. When he spoke, he spoke with such intent and meaning, but where he really communicated himself was through song...You hear a lot of classic Elvis, but we also have in the score all sorts of DNA and some contemporary interpretations — ways to make younger audiences understand what Elvis felt like. It isn't a nostalgia piece."

A glimpse was showcased at Cinema Con 2022. Warner Bros' also prepared an extensive Q&A round for its feature biopic Elvis, featuring helmer Baz Luhrmann and later joined by his star Austin Butler. “I love biopic[s], this is not really a biopic,” he said, according to The Hollywood Reporter. “It’s really about America in the ’50s, ’60s, ’70s. At the center of culture, for the good, the bad and the ugly, it was Elvis Presley.”

Luhrmann shared that the narrative unfolds through the prism of Tom Parker, played by Hanks, someone he joked about was a newcomer. “He’s a bit nervy and stuff, I had to coach him a lot to get him out of his shell,” he quipped. Then he got serious with compliments, “I have worked with everyone, all sorts of icons and my god, Tom Hanks ­— the Rolls Royce of actors.”

Butler was also asked about his experience of portraying the music legend. “The main thing was I set out to find was his humanity. He’s one of those individuals that has been lifted up to such an iconic status that he’s almost superhuman,” said Butler.

Directed by Baz Luhrmann, Elvis casts Austin Butler in the title role as the King of Rock ‘n Roll. The film also stars Tom Hanks as Colonel Tom Parker and is weeks away from its world premiere at the Cannes Film Festival.