A couple of weeks ago, the team of Ek Villain Returns launched the trailer of the action thriller with much fanfare. The actors will also be making appearances on television shows and reality shows for the promotion of the film and recently Arjun Kapoor visited the sets of Naagin 6. The actor was seen bonding with the cast of the supernatural show which also included the lead cast like Tejasswi Prakash, Simba Nagpal, Urvashi Dholakia, Mahek Chahal among others. 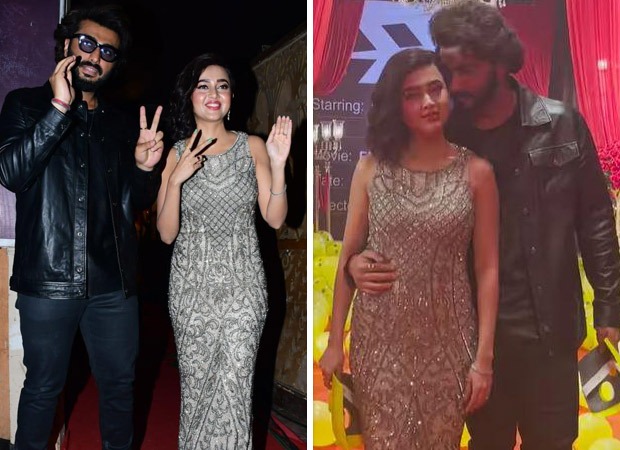 Readers would be aware that Tejasswi Prakash aka Pratha has returned to the Gujral family, posing as London-based Kiara. Amidst all the chaos happening with her return, Gujral family wants to strike a major deal and in between this, will the Ek Villain Returns cast will visit them. Arjun Kapoor, who was seen posing for the shutterbugs with the cast, recently featured in a video shared by Tejasswi Prakash and fans cannot stop appreciating it.

The said video features Tejasswi Prakash sporting the iconic smiley mask from the mask along with Arjun Kapoor as the duo are surrounded by smiley balloons. Adding further to the mood is the song ‘Dil’ from the action thriller. Commenting on the video, many fans dropped emojis and described the video as ‘amazing’. Here, have a look at the post.

Coming to Naagin 6, viewers would be aware that Pratha has returned to avenge the death of her new born baby with Rishabh. While she still considers Rishabh to be a traitor who cheated on her with her sister Mahek, Rishabh too thinks that his ex-wife Pratha cheated on him. Amidst that is Shakti, Rishabh’s twin brother whose existence is still hidden from Gujral family.

On the other hand, Ek Villain Returns, directed by Mohit Suri, also stars John Abraham, Disha Patani, and Tara Sutaria. The film will release on July 29.