DC Fandome was full of new revelations, new posters, and trailers. Dwayne Johnson finally made his way to the world of superheroes as he introduced the Justice Society of America during the teaser unveiling of Black Adam on August 22, 2020. 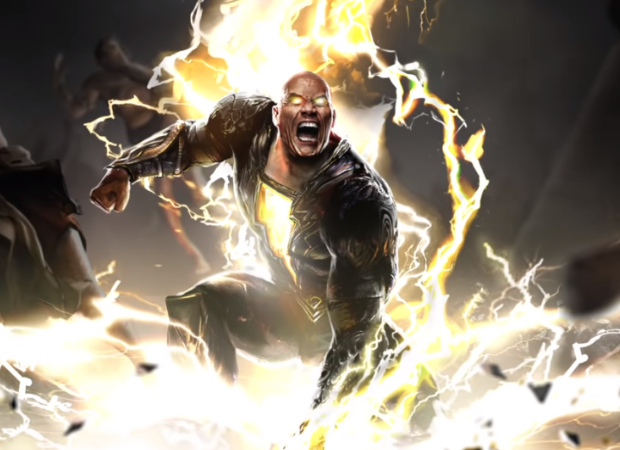 In an animated teaser with Johnson's narration, he revealed Black Adam who was joined by Noah Centineo’s Atom Smasher. You see Hawkman, Doctor Fate, and Cyclone as fellow members of Justice Society of America in the teaser. “I have a knack for destroying bullies, but there are some who think I need help,” Johnson narrates in the teaser. “Hawkman, Doctor Fate, and their new recruits: Cyclone and Atom Smasher. They call themselves the Justice Society, an organization that believes in fighting for truth and justice. Well, I’m going to teach them that the only beliefs I fight for are mine. Welcome to truth, justice and the Black Adam way.”

During the panel as per ComicBook, Dwayne spoke about what attracted him to the role. "You know, as many of you know, Black Adam has been with me for a very, very long time. This has been a project that has been in development for a very long time, over 10 years, 10 years plus with myself," the actor said. "Producer Hiram Garcia, who's the president of Seven Bucks Productions, I mean this has been in our DNA and then our wiring for such a long time."

"I also love the fact that his origins are that of a slave," Dwayne further said. "When the origins are that of somebody who was enslaved, as people enslaved his family and he felt the burdens and the pressures of a larger entity holding him down until he couldn't take it anymore. And when you come from that place, it's just a different energy that you have. So, I've always loved that about Black Adam, which informs how Black Adam operates, how he sees justice, how he delivers justice and I've always appreciated that about Black Adam."

You’ve waited long enough. As have I, thousands of years to be exact.
The hierarchy of power in the DC UNIVERSE is about to change.
The man in black comes to crush them all. Join us now for the worlds first #DCFanDome. #Rage#NoCape #BlackAdam pic.twitter.com/UGKhZVWB6v

Describing Black Adam as a ruthless keeper of justice, Dwayne said, "He is the judge, the jury, and the executioner, and he believes in an eye for an eye. He will always do everything he can to protect his people, more so protect his family."

He is not your regular superhero. "The superheroes have to exhibit a little bit of restraint when it comes to taking care of the bad guys if you will, or taking care of the people who are opposite them, who are opposing them who are in their way," he said. "But this idea that you could take all of Black Adam's powers, and he does not practice restraint. That makes for a really powerful combination, and one that's explosive one that's very dangerous, and one that is very likable — to me, at least."

Fans also had a tease of a showdown between Superman and Black Adam. Dwayne was quick to say, "We're kind of similar in terms of our powers, our strengths our speeds, because look at the end of the day you never know. Black Adam and Superman could become friends, or they won't."

One superhero who won’t kill because of his code vs one antihero who’s happy to — because of his code.
All in the name of truth & justice.
Maybe one day. #BiggestShowdownOfAllTime#BlackAdam #Superman #DCFanDome https://t.co/8MA4OtgaCs