The first footage from Dwayne Johnson's Black Adam has finally arrived. On Saturday, Johnson appeared at DC FanDome 2021 to reveal one of the movie's opening scenes, which introduces his titular anti-hero, who is the rival of Zachary Levi's Shazam in the pages of DC Comics. 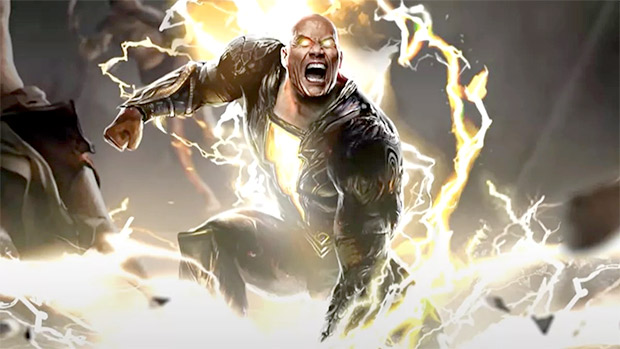 According to Entertainment Weekly, Johnson said, "Now, what you're going to see here is why the hierarchy of power in the DC Universe is about to change."

In the clip shared, Sarah Shahi as Adrianna Tomaz, a professor, and her partner are seen exploring an underground cave when they find what appears to be Black Adam's resting place. The scene then shifts and a cloaked Black Adam appears out of nowhere in an explosion. When a soldier cautiously approaches him, Black Adam grabs him by the neck, vaporizes him, and starts levitating as the rest of the soldiers open fire on the bulletproof deity.

Talking about the film and DC universe, Johnson said, "This character, this film, this universe has been a gigantic project of mine for a very long time. It's the kind of project that I know comes along once in a lifetime. And the truth is, I was born to play Black Adam... The film has, without question, some of the biggest action sequences I've ever been part of."

He is ruthless.
He is unstoppable.
He is the reason the hierarchy of power in the DC UNIVERSE is about to change.

The film will reportedly feature the big screen debut of Pierce Brosnan as Doctor Fate, Noah Centineo as Atom Smasher, Quintessa Swindell as Cyclone, and Aldis Hodge as Hawkman. Directed by Jaume Collet-Serra, Black Adam has been in the works for years. Johnson first expressed interest in playing the character in 2007, and officially became attached to the role in 2014. Black Adam is scheduled for theatrical release on July 29, 2022.