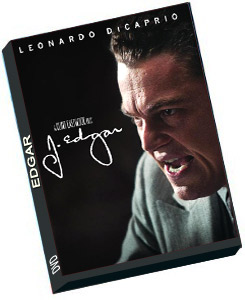 Leonardo Dicaprio stars as J. Edgar in this biopic based on the life and times of J. Edgar Hoover who served as the head of the FBI for nearly 50 years. Directed by actor-director Clint Eastwood, J. Edgar is shot mostly in flashbacks as an old Dicaprio narrates his memoirs to a journalist. Tracing back in time when the FBI was newly formed, the film talks about how Edgar fixated on Communists, anarchists and any other revolutionary taking action against the U.S. government. The film also depicts how he single handedly built the agency's reputation, taking harsh decisions like who gets hired and fired. In the process one also gets to delve into the people who played a pivotal role in Edgar's life be it his mum (Judi Dench), his lifelong secretary (Naomi Watts) and his trusted confidante at the FBI Clyde Tolson (Armie Hammer).

Although the film has an interesting premise, director Clint Eastwood fails in keeping the audience hooked on to the proceedings. The relationship that Edgar shares with Clyde Tolson is sensitively portrayed. Also interesting is Edgar's tryst with various Presidents right from Roosevelt to Nixon. However the narrative is extremely slow-paced and travels back and forth one too many times leaving the viewer confused and exasperated.

The film is watchable only for Leonardo Dicaprio's brilliant performance and the actor literally sinks his teeth into the character of J. Edgar Hoover. Armie Hammer, who impressed in The Social Network, gets a meaty role this time and does a splendid job as Clyde Tolson. Naomi Watts doesn't get much scope and so does Judi Dench.

The film's duration is 132 minutes

J. Edgar- A Complicated Man: The special features section includes a 12 minute behind the scenes footage featuring interviews with the cast and crew of J. Edgar. Leonardo Dicaprio reveals how he is always fascinated by real life stories. He also says how J. Edgar was in a way a catalyst for modern forensics. Judi Dench says that she waited 75 years for a chance to work with the legendary Clint Eastwood and was happy that she finally got an opportunity with this film. Last but not the least, producer-director Clint Eastwood himself shares his experience of the challenges that went behind encompassing close to 50 years of J. Edgar's life in a 2 hour film.

As a film, J.Edgar had the potential to be a gripping biopic but the slow pace of the film makes it seem like an opportunity gone waste. The film is watchable only for Leonardo Dicaprio's brilliant portrayal of the legendary J. Edgar Hoover. Yet again Dicaprio proves that he is a class apart. Sadly the same cant be said about the film.