The dream team of Sonakshi Sinha, Huma Qureshi, Zaheer Iqbal, and Mahat Raghavendra along with Saqib Salim were seen cruising around the city of Ahmedabad ahead of their upcoming film Double XL which is all set to release on November 4, 2022. The actors were out of the city, celebrating Diwali with each other in Ahmedabad. 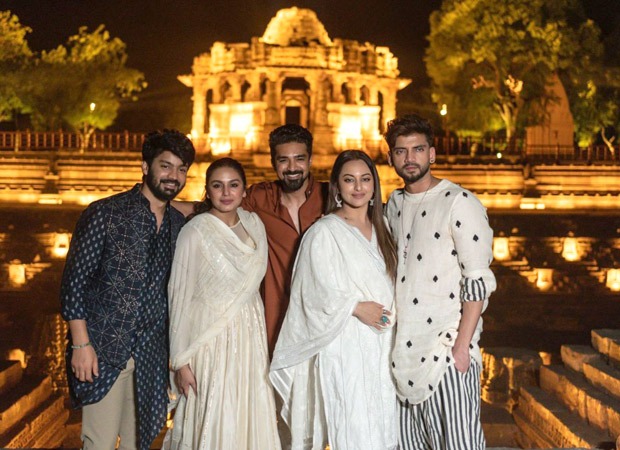 The actors did not only delve into the beauty of Ahmedabad by visiting the tranquil Modhera Sun Temple but also with Diwali around the corner, they enjoyed the delicacies with a lavish and traditional Gujarati Thali.

The movie Double XL presented by T-Series which is releasing on November 4, this year starring Sonakshi Sinha, Huma Qureshi, Zaheer Iqbal, and Mahat Raghavendra, is a slice-of-life comedy that tells us our dreams and ambitions are not co-related to our size.