The star studded wedding of Akash Ambani and Shloka Mehta was glamorous and the winter wonderland themed functions were equally luxurious. From sangeet to mehendi, we saw celebrities grooving and having a gala time on stage. Moreover, they had some memorable performances by international musicians which included Coldplay, Chainsmokers and Chris Martin during their destination wedding at St. Moritz. And now, amidst the many videos that have been doing the round online, here’s another video of Shah Rukh Khan and his wife Gauri Khan dancing to the tunes of the talented singer Chris Martin. 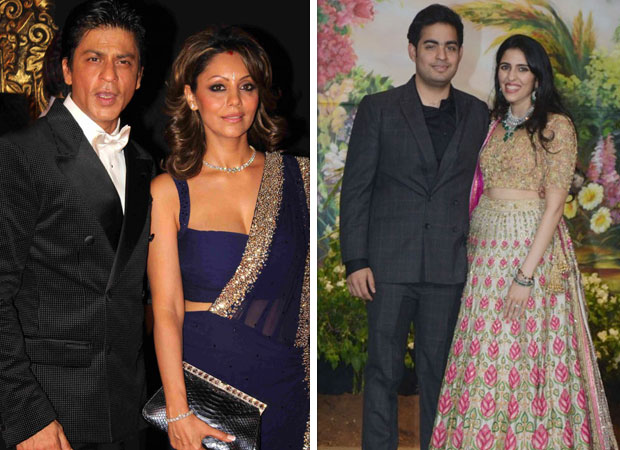 Readers would be aware that every performance by all the international stars including Chris Martin saw them setting the stage on fire. As celebrities came on stage and grooved to the numbers, here’s another video that has been doing the rounds on social media. The video features Shah Rukh Khan and Gauri Khan coming on stage as Chris Martin continues to croon one of his chartbusters and later, we see the couple of the moment – Akash Ambani and Shloka Mehta too on stage. The video features Shah Rukh and Gauri getting the couple to dance on the number as they dance along. Later on, many from the audiences including Nita Ambani joined them on stage as Chris continues to sing!

The lovely video from AkuStoleTheShlo wedding seems to have grabbed the attention of many fans who have sharing it on varied platforms of social media:

Also Read: Akash Ambani – Shloka Mehta Wedding: COLDPLAY and THE CHAINSMOKERS bring the house down with their performances in Switzerland