Bollywood star, Sushant Singh Rajput met up today with Niephiu Rio, the Chief Minister of Nagaland, to discuss the current situation and the steps that can be taken to mitigate the damage caused by the recent flooding in the state. While the floods in Kerala have witnessed an outpour of support, the same can’t be said for Nagaland. The flooding has affected 50,000 people in the state so far, which has compelled the CM to plead for help on social media. 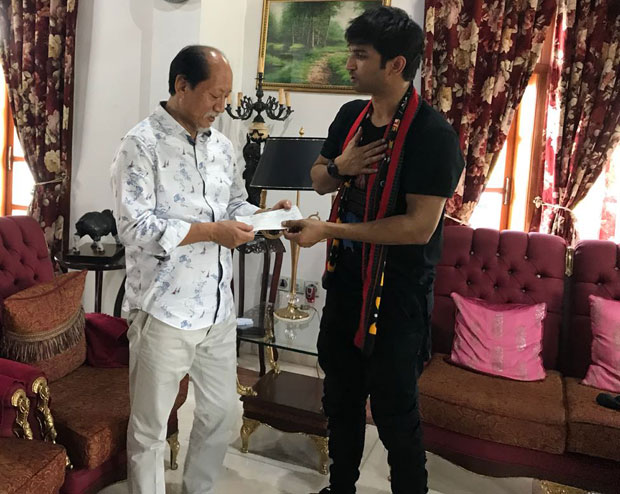 The actor immediately cancelled his appointments once his Innsaei team informed him about the situation yesterday, and quickly fixed a meeting with the CM to discuss further on the condition. Sushant recently donated Rs. 1 crore on behalf of an Instagram fan to aid the relief efforts in Kerala, and also sent a team to take care of on-ground relief. Today, he donated Rs. 1.25 crores to Nagaland’s relief fund as an immediate call to action and help the flood-affected people. Nagaland CM, Niephiu Rio, thanked Sushant for joining the cause and becoming the voice of the state and its people and as a token of appreciation, he presented Sushant with a friendship Gong.

In the meeting with the Nagaland CM, Sushant said, “Thank you Sir for your precious time. We, with our full force and determination, would work incessantly till the time our #Nagaland is perfectly restored. And this wonderful Gong does make a wonderful sound of friendship. Thanks once again Sir.” 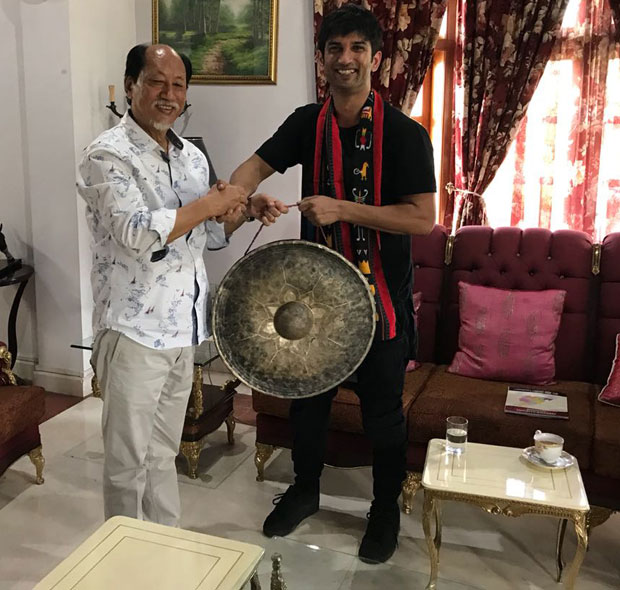 The lack of attention to this disaster is a grim reminder that the majority of the population has ignored events in the North-East. Through his humanitarian efforts, Sushant aims to put Nagaland in the limelight and drive attention towards the plight of the state’s people. Sushant Singh Rajput is the only Bollywood actor who has provided help to the people of Nagaland, serving as an inspiration for the entire country to step up for this noble cause.

On the work front, Sushant Singh Rajput has a couple of projects in the pipeline including Kedarnath, Son Chiriya and Drive.