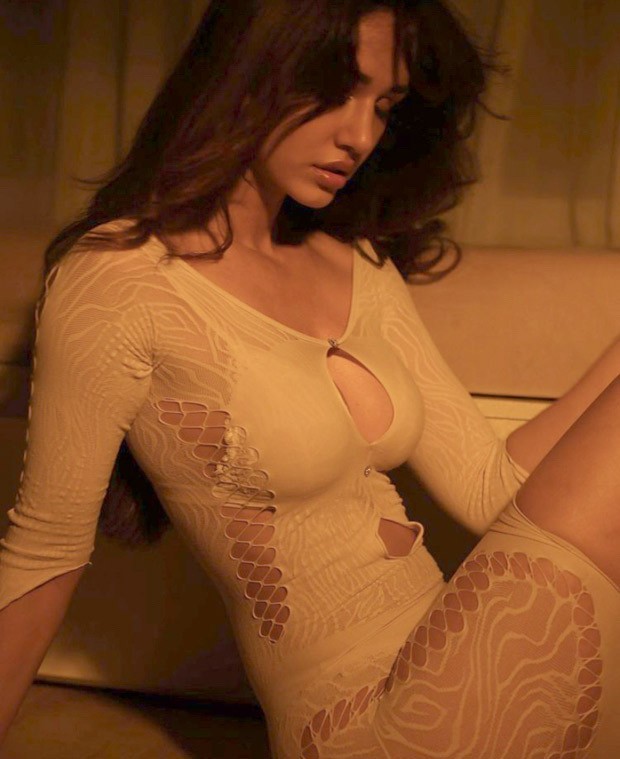 Most recently, she chose a chic fashion style to raise the summer fashion game. The celebrity garnered attention again when she uploaded pictures to her Instagram account in a sheer cut out dress. Her dress has distinctive cut-outs and psychedelic swirl lace. Frilly hemline and is adorned with crystal heart embellishments. The dress has cut-outs that give it a sensuous appearance on the top and torso. Her dress costs Rs. 7,281 and is from the Poster Girl's racks.

She used warm lighting while taking the picture. One image was very clear, while another had blurry effects. Disha Patani is the only person visible in the second image, displaying her lean physique and striking a sensual stance. She used the star emoji as the post's caption.

Disha Patani will next be seen in Mohit Suri's directorial 'Ek Villain 2,' which also stars John Abraham, Aditya Roy Kapoor, Arjun Kapoor, and Tara Sutaria. The film will be released on July 8, 2022. The actress is also working on Dharma Productions' action-drama film 'Yodha,' starring Sidharth Malhotra and Raashii Khanna. The film will be released in theaters on November 11, 2022. She will also appear in 'Project K.' The film stars Prabhas, Amitabh Bachchan, and Deepika Padukone in the key roles. 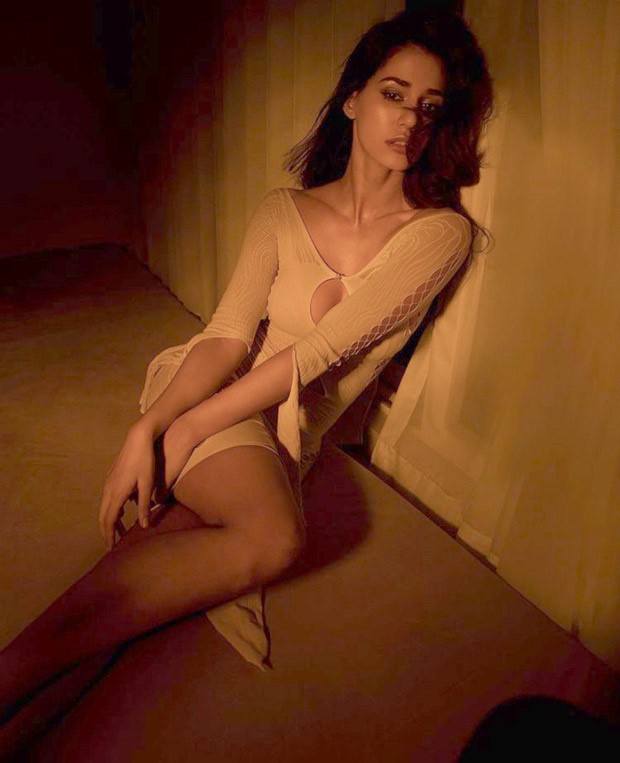