Bollywood actor Sushant Singh Rajput passed away on June 14, 2020. He was found hanging in his apartment in Mumbai. While his death is being investigated, fans and family members of the late actor have been demanding for a CBI enquiry. Several celebrities have also demanded the same. 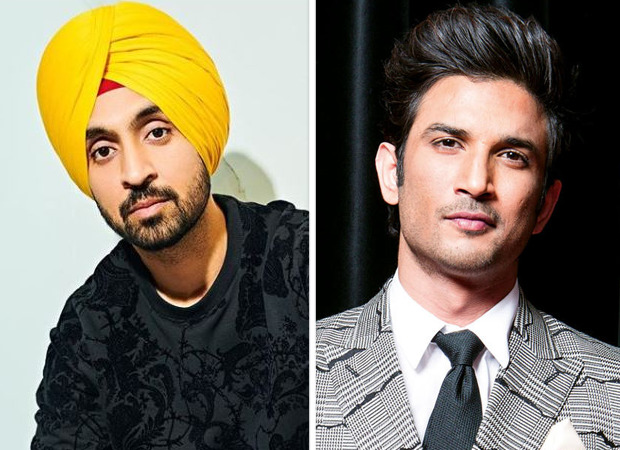 Now, actor Diljit Dosanjh who met the actor twice in his lifetime said that he fins it diffiult to digest that the actor died by suicide. Responding to a fan on Twitter who asked him to lend support to the CBI for SSr movement, Diljit wrote, "Bhai Shushant Bhai Ko Mai Do Baar Mila Thaa Life Mai.. Suicide wali Baat Digest Toh Nahi Hoti.. JAANDAAR Banda Thaa Yaar.. Baki I Know Police Apna Kaam Kar Rahi aa .. Humeh Wait karna Chaiye.. I Hope Sach Sab Ke Saamney Aeyga (I met Sushant bhai twice in my life. I cannot digest the fact that he would die by suicide. He was so full of life. I know the police are doing their job. We should wait. I hope the truth comes out).”

Sushant Singh Rajput's father KK Singh had filed an FIR against Rhea Chakraborty for abetment of suiciide in Patna. Following the FIR, the Patna police reached Mumbai to investigate the case. However, it led to a turf war between the Bihar and Maharashtra police forces. Earlier this month, the Centre approved the involvement of the Central Bureau of Investigation in the case, on the recommendation of the Bihar government.