I still don't know why Dharmendra one of my oldest friends kept his family which included his first wife, Prakash, sons Sunny and Bobby and their two sisters away from the arc lights during the initial stages of his career. Sunny was the only one who was taken out when some film makers wanted him to play the younger version of Dharmendra, especially Manmohan Desai Dharam- Veer, in which he played junior Dharam. All the others were secluded in their bungalow in Juhu and the boys were sent to boarding school. 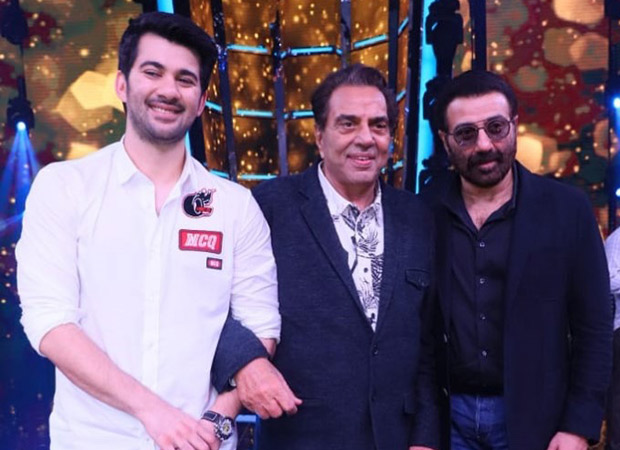 It was only when Sunny was around 18 that someone gave Dharmendra the idea that his elder son, Sunny could make it as a star son just like the sons of Sunil Dutt and Rajendra Kumar and had in turn become stars in their own time. It didn't take the advisors a long time to convince Dharmendra and his only response was, "Agar rab ki yehi iccha hai, toh yehi sahi". And the father and son who were not in touch for several years had a quick talk and all Dharmendra asked him was whether he was willing to take on the responsibilities of being a star after knowing what he as his father had gone through. Dharmendra also told Sunny that he would do all he could to see that he didn't have to go through the grind like he had to once and the rest was all history.

Sunny who was very shy boy took time to give his father an answer, but the answer was positive ultimately. The son of the son of the soil was willing to go through all that was needed to make himself a star. And then the father went all out to find the right director, right script, right music director and above all the right heroine. Things fell in their places, Rahul Rawail, the son of veteran director H.S Rawail, known for making films like Mere Mehboob, Sangarsh and Laila Majnu, who was once an assistant of Raj Kapoor and who had directed Kumar Gaurav in Stardom in Love Story was to be the director, R.D Burman the music director and Amrita Singh who was the daughter of the then very controversial socialite and close associate of Sanjay Gandhi during the emergency and who was responsible for giving Sanjay the ideas of nasbandhi and mass slum demolition in South Delhi, Rukhsana Sultana, were to be the heroine of Sunny.

The date for the mahurat shot to be taken was fixed, as usual in consultation with several pundits of the Arya samaj community and the Sikh community. Mehboob studio which was considered lucky for star sons after Kumar Gaurav and Sanjay Dutt were launched there, was also fixed as the venue, for the launch of Sunny. There was a jam packed crowd of friends, fans and well-wishers of Dharmendra who had come from all over to attend the grand occasion. But Dharmendra had openly confessed to me he that he was very nervous and wanted to avoid attending the function. But I who was asked to introduce Dharmendra by my weekly persuaded him till he agreed to do an interview with me inside one of the makeup rooms of the studio. The mahurat shot was scheduled to be taken at 3 P.M. and every guest, including Dilip Kumar, Raj Kapoor and Dev Anand were already present in the studio, but Dharmendra had still not arrived I kept calling him in my own interest as I had to submit the interview by 5 P.M. 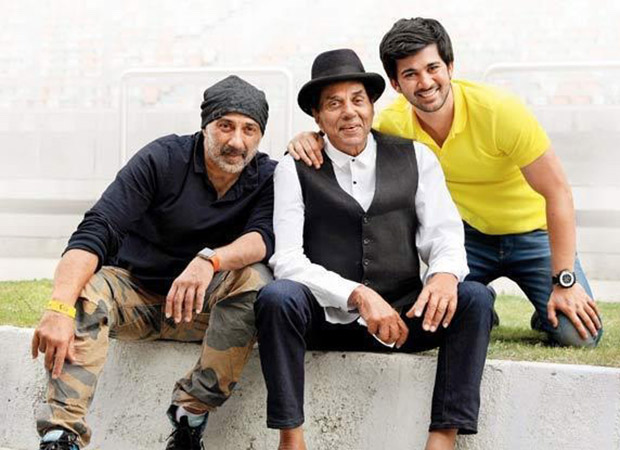 Dharam ji landed at Mehboob Studio just twenty minute before the shot was to be taken and he spotted me, put me in his car and took me to a make-up room which was far away from the crowd. He kept repeating, "Bahut ajeeb lagta hai, Bahut ajeeb lagta hai, Aur iss sab mein tereko interview bhi Dena hai. Main kya bolun yaar mere toh aankhon mein aansu aagaye. Tu likh dena kuch bhee, mere se accha toh tu jaanta hai ki aise mauke par ek baap ke dil par kya guzarti hogi. Likh de likh de yaar, Dharam banke, baap banke, kuch bhi banke, tu likh de, main kuch nahin kahunga".  I was in a state of confusion. The first shot of Sunny and Amrita was taken after Dilip Kumar and Raj Kapoor had performed what they called the mahurat rites, founding the clapper board and directing the mahurat shot and Dharam ji appeared only after the shot was taken.  Everyone wanted to know and see how Dharamji's son looked and were curious about Amrita Singh. But all attention was focussed on an ambassador from which a lady came out. That woman was the infamous Rukhsana Sultana and she grabbed more attention than even all the big stars around. Stories about her "Wild doing" as Sanjay Gandhi's advisor had spread all over the country.

Two days later the issue of my life came out, I had tried my best to put myself in Dharamji's shoes and had written what a father would have felt when his son took his first steps towards stardom and at around lunch time on that Friday, I received a call from Dharamji and I being a junior reporter could feel my heart in palpitation as I approached the black telephone. I could even feel my hands shake because I had heard stories about Dharamji going violent when he was angry but all that was my imagination running wild. Dharam ji was thrilled with what I had written and just said, "main tereko thank you kaise bolun ? Tune mere se accha mere feelings Ko samjha hai. Aaj Shaam Ko ghar pe aajao, daaru Peete hain".

That was the beginning of some of the most drunken days of my life because I had to compete with a man who once said," logon ne glasson se sharaab pee hogi, baltiyon se pee hogi humne to drummon ke hisaab se pee hai". He also gave me a new name, which was "mera daaru bhai".

It is more than 30 years now and so much has changed. Raj Kapoor is dead and so is Dev Anand. Dilip Kumar is lying very sick at 98,Dharam ji himself has retired and gone back to the soil and is the farmer he always wanted to be, only this time all his farms and films are in Lonavala and not in Saniwar in Punjab and what is more interesting is that Sunny is a father himself and his son, Karan Singh Deol will be on test as an actor today (September 20) when his first  film Pal Pal Dil Ke Paas directed by his father is to be released and will speak volumes for the grandfather, the son and the grandson.

Also Read: Dharmendra breaks down on a TV reality show after he revisits his childhood

7 unknown facts about Guddi which completes…