Last Updated 04.12.2021 | 12:54 PM IST
feedback language
follow us on
Bollywood Hungama » News » Bollywood Features News » “We definitely do not want to raise a child in the public eye,” says Anushka Sharma in her first and only tell-all interview about her pregnancy and impending motherhood

Bollywood superstar Anushka Sharma is set to deliver next month and she reveals that she is amazed looking at her body adapt to motherhood in an all revealing interview about her journey to become a mother. The actor also opened up about everything from her food cravings, how Virat Kohli and her want to keep their child away from social media and much, much more. Read on… 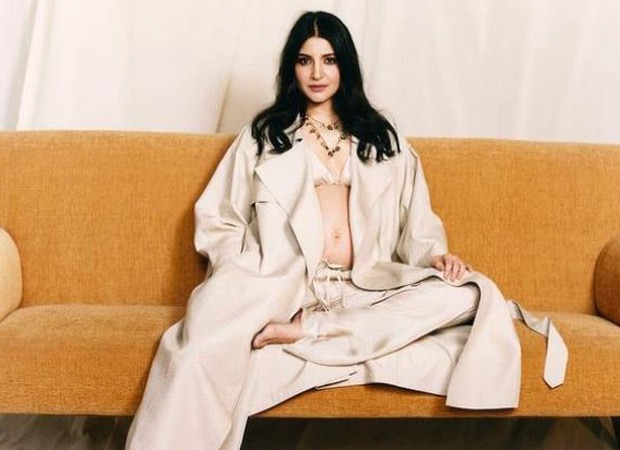 “You are more connected to your body, to all that is happening. It’s mind -boggling when I see the changes. It’s amazing,” she says of seeing her body adapt in an interview to Vogue India. “I’ve always meditated. It’s a daily practice, and my life has been quite balanced, so I’ve carried that forward. The only difference is that I’ve had a lot more time,” she adds.

“I was eating only toast and crackers for the first three months. So, when it ended, I wanted to eat vada pao and bhel puri, but that didn’t last long either. So, no real cravings,” she reveals. “I am someone who likes to read a lot and research a great deal; I’ve chewed my doctor’s brain. So many times we don’t have enough knowledge… It’s what you are told by family members, but somewhere, it’s important to have a medical perspective rather than just follow beliefs and patterns. The first thing my doctor told me is that the biggest myth is eating for two.”

When asked about how the parents would want to deal with social media when it comes to their first child, Anushka revealed to Vogue India, “We’ve thought about it a lot. We definitely do not want to raise a child in the public eye — we don’t plan on engaging our child in social media. I think it’s a decision your child should be able to take. No kid should be made to be more special than the other. It’s hard enough for adults to deal with it. It’s going to be difficult, but we intend to follow through.”

Anushka also reveals how the kid’s nursery will be in this tell-all interview. She says, “I want the nursery to be very calm. It’s the place where you spend the most amount of time, where you are bonding with your baby, so it has to be peaceful. I don’t believe that boys have to wear blue and girls pink. The nursery has all colours.”

The versatile actor also talks about how the new parents are going to share responsibilities. “We don’t see it as mum and dad duties, but as a family unit. For us, it’s important that our child be raised with a very balanced outlook. It is all about shared duties. I will be the primary caregiver, especially in the first few years, and that’s the reality. I am self-employed and I can decide when I am working, if I do one or two films a year. In Virat’s case, he plays round the year. What becomes important is the time we spend together as a family.”

ALSO READ: “2020 has been a year of disruption in the content landscape,” says Anushka Sharma who produced Paatal Lok and Bulbbul