In the wake of the pandemic, the on-going lockdown has brought every other business just like the movie business to a standstill. Bollywood celebrities are doing their best to utilize this time fruitfully and also entertain their fans. But if there is someone who’s doing a great job at still being connected to his fans through the virtual world it is none other than Koki aka Kartik Aaryan. Whether it is hilarious videos on Instagram or his chat show Koki Poochega, the actor is trending on the social media world and slaying it with his unique content like a boss. 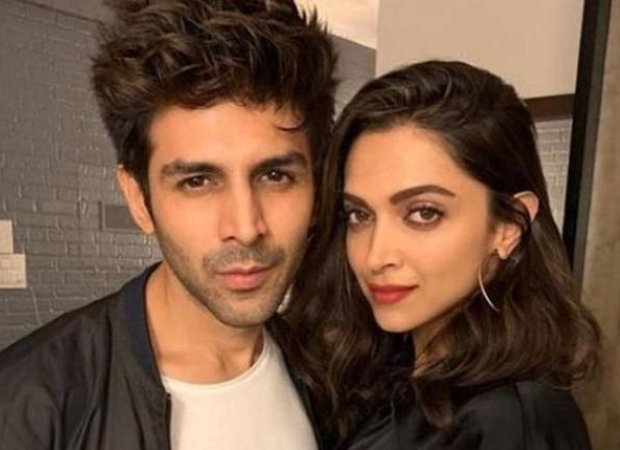 Today Kartik Aaryan went live on Instagram to seek some help about his sexy quarantine-beard. Amidst the lockdown, as the shootings have been postponed, the actor has got the opportunity to grow his facial-fuzz. However, while his fans are loving it, his mother is surely against it. And today he went on social media to ask his fans whether he should get his beard trimmed? Netizens started flooding the comments section on his live-session and he received a mixed response for his facial fuzz, but one such response surely grabbed all the eyeballs. Deepika Padukone, who’s been the actor’s friend ever since the latter has taught the former some scintillating dance moves publically, decided to give her opinion about the beard. Deepika dropped a comment which was the girl-raising-hand emoji and made it official that she would like the actor to go clean-shave.

There were few more celebrities who were seen commenting their views on Kartik's live chat. Arjun Kapoor, Anaita Shroff Adajania and Daboo Ratnani gave their advice for the actor’s beard-avatar. Now we’re eagerly waiting for Kartik to react to this and see whether what’s the actor’s final decision. Kartik Aaryan will be seen in Bhool Bhulaiyaa 2 and Dostana 2 and the actor has few chunks to be shot for both the eagerly awaited sequels once the lockdown is lifted.

ALSO READ: Kartik Aaryan would pick this actress if he gets stuck on an island