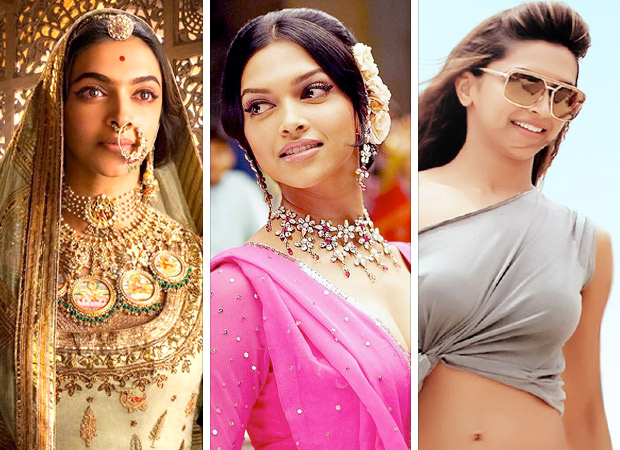 We could not care less if Deepika Padukone had made her debut in a 2006 South film called Aishwarya or some other language film named after any other actress. Jokes apart, it was plain good luck (for us) that she auditioned and was chosen for a video from Himesh Reshammiya’s chartbuster album Aap Ka Suroor. ‘Naam Tera Tera’ was the 4.33 minute song that made Farah Khan sign her, and Deepika sauntered in with a bonanza of a dual role debut in Om Shanti Om.

10 years down, off-screen, Deepika is an inspiration, whether it is bravely talking about her own depression and taking it up as a women’s issue or bravely facing threats to her life with the opposition to her film Padmavati. She is the supreme example of the non-nepotistic industry in which a single girl, staying alone, can make her way to the top of the heap.

On screen, Deepika has played an incredible assortment of characters to perfection. Within 5 years of starting out, she emerged as Hindi cinema’s most complete heroine—which also means that she must have her own audience-pulling power, last noticed with Kajol. When most professional steps (and personal to match) have been taken correctly, it would be futile to analyze her career. So we would rather look at the screen characters she exceptionally brought to life.

After all, it takes exceptional talent, range and charisma to achieve 10 milestone in the first decade of a career. And we are sure that Padmavati will be the 11th when it releases in early 2018. 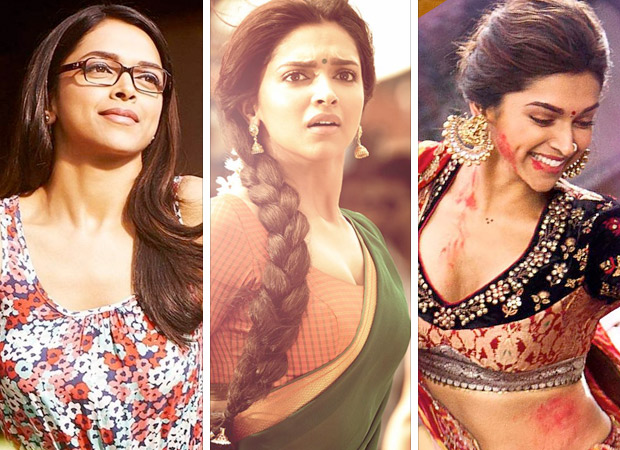 Om Shanti Om (Director: Farah Khan):
It is not given to all to start out in a dual and even pivotal role(s) in the home production of an era’s biggest star. However, Deepika Padukone, thanks to Farah Khan’s unerring instinct, got that platinum chance in her debut Hindi film and exploited it to the full. As the ‘Dreamy Girl’ Shantipriya who is murdered scheming lover, and her lookalike Sandhya who is employed to avenge her death, Deepika dazzled in a daring double dose.

Cocktail (Director: Homi Adajania):
As Veronica, the carefree, Bohemian NRI product of a broken home, Deepika Padukone, for the first time, showed that she had lots lying undiscovered beneath her slim and glamorous frame. She put in solid substance into her character, shining especially in her breakdown scene and during her initial ‘bindaas’ mode. What’s more, Deepika’s predilection for overshadowing every co-star, given half-a-chance, was really first noticed with this film.

Yeh Jawaani Hai Deewani (Director: Ayan Mukerji):
Perhaps her most difficult character in many ways, it saw Deepika essay an awkward and nerdy medical student, who wants to conform. Naina, her character, swerves and zig-zags through life before settling down, and it is not all her fault. What made Deepika stand out also is her oh-so-professional approach towards ex-boyfriend Ranbir Kapoor, her leading man. Of course, his attitude matched as well, and their chemistry was exceptional as a result.

Chennai Express (Director: Rohit Shetty):
Cast as South Indian village girl Meenamma, Deepika was a riot. A lot of the success of this rather weak film could be laid straight at the door of Deepika’s extraordinary character and performance. Her sequence in the middle of the night must rank as one of the funniest in contemporary cinema, and she deserves full marks for the magnificent use of her eyes and facial expressions in it.

Goliyon Ki RasLila—Ram-Lila (Director: Sanjay Leela Bhansali):
Even if we removed the long-shots-stunner of a dance in ‘Nagada’, Lila was just tremendous. Her smouldering eyes, her body language and the way she articulated every line so easily made her the women-centric filmmaker Sanjay Leela Bhansali’s muse. And yes, Ranveer Singh’s as well! 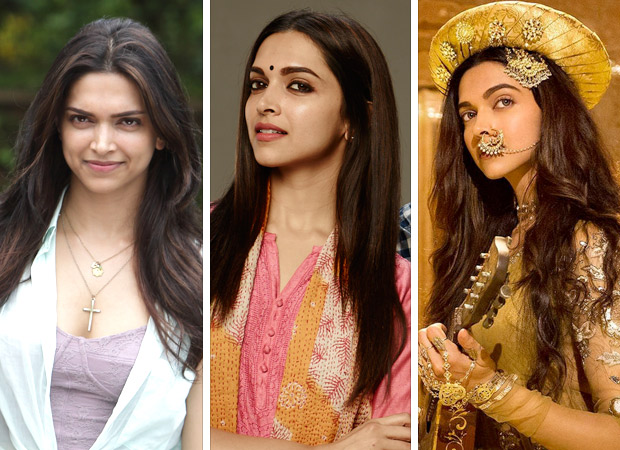 Finding Fanny (Director: Homi Adajania):
As the catalyst at every stage of this amusing but dark narrative, and the human reason why the hero (Arjun Kapoor) is so bitter, Angie (Deepika Padukone) played a Goan Christian widow to perfection in this satire in English and Hindi. Director Homi Adajania repeated his Veronica as another Christian character who was a total contrast, and Deepika scored amidst powerhouse performers like Dimple Kapadia, Naseeruddin Shah and Pankaj Kapur, not to forget Arjun Kapoor in one of his few great performances till now.

Happy New Year (Director: Farah Khan):
She was a scream again in in her third film with Shah Rukh Khan’s home banner. Deepika became Mohini, the ambitious and passionate Maharashtrian dance teacher who is oh-so-impressed by English-speaking men! Deepika was the perfect female associate to this five-man army out for revenge, and stood out with her sparkling character.

Piku (Director: Shoojit Sircar):
Arguably, her most interesting character to date, Piku (Deepika has barely done title-roles outside Bhansali’s films) will remain etched in our memories for years. Amitabh Bachchan (as her father) and Irrfan Khan (as her regular cabbie) should have seen it coming: with Deepika around, they would be definitely outclassed. But together, the trio took the superbly scripted and directed film to the skies.

Bajirao Mastani (Director: Sanjay Leela Bhansali):
This time, the cream went to Priyanka Chopra as Bajirao’s wife Kashibai, but Deepika was still the determined Mastani, an intense lover and a fiercely protective mother beyond normal parameters. And she was effective despite the lack of an author-backed role, also bringing to life most of the lovely melodies composed by director and music composer Sanjay Leela Bhansali.