Last Updated 04.12.2021 | 9:44 PM IST
feedback language
follow us on
Bollywood Hungama » News » Bollywood Features News » “I was debating whether I should do Antim or not, but it was stuck in my head”- Salman Khan

Superstar Salman Khan's film Antim: The Final Truth's release date is around the corner. The film which is the adaptation of the 2018 Marathi film Mulshi Pattern is all set to hit the theatres this Friday on 26th November 2021. 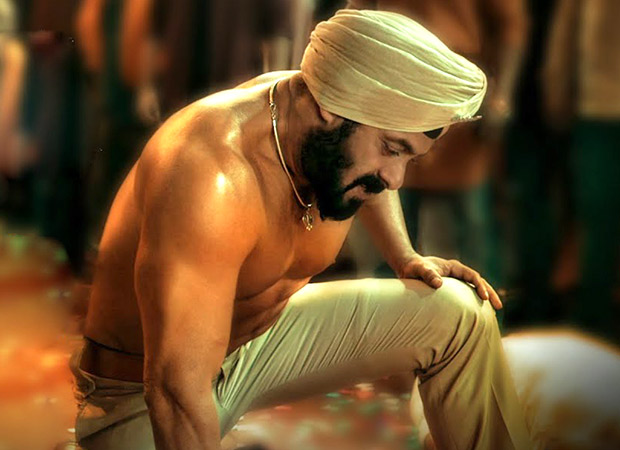 Ahead of the release of the film, the actor got into a candid interaction with the media on 21st November 2021. During the interaction, he talked about the apprehensions he had while signing the film, his character, the inspiration he drew for the film, and many more things.

At first, Salman talked about what made him make this film and the source of inspiration. Salman said, “My Dabangg DOP narrated me the plot of Antim. It was only the plot, from which they developed the film. While I was at the farmhouse, I even watched the film Mulshi Pattern and loved the character of the cop. So I thought of looking at this film from the perspective of the cop.”

Salman Khan went on to talk about how his cop character in Antim is different from the rest of the cop characters he had played in the past. He said, “I could not play this character like Dabangg. Otherwise, I would be left doing Dabangg only. This is a different film altogether. My character is very bound, he is very Hindustani and rugged. He doesn't yell or shout, he is very focused on what he is doing. He will take orders and be humiliated, but he will do what he needs to do at the right time. Even if he has to sacrifice a person, he will do it for what is right. This is what I liked about this character. In the Marathi film, they just had 4-5 scenes of him.”

On the subject of remaking Mulshi Pattern, Salman had a whole other perspective. He said, “I took that plot and made a new film out of it.”

Salman has been immensely popular for portraying larger-than-life characters on screen. Throwing some light on it, Salman said, “It is different this time. The fans will like it. There are all those facets of (my on-screen persona) but it is finally what the director wanted. It is larger than life film but more realistic. Here, there is a certain type of character. You have all the dialogues, but it is just that this character looked best alone so we didn't have anyone with him. The only place where he has danced is on 'Bhai Ka birthday'.”

Well, this is not the first time that Salman Khan is playing the role of a cop. Earlier in films like Wanted, Dabangg, and Radhe too he had played a cop. When asked if he is making his own cop universe? Salman explained, “I did think of that. I thought I was overdoing the cop roles, but I really liked the subject in Antim. I was debating whether I should do it or not, but it was stuck in my head. I was even told it was a 'chota role' (small role), but I disagreed. I then thought this is my film, I'm working on the script with Mahesh Manjrekar. All we did was take the plot, but it is a different screenplay and a different film altogether. It is a very lavishly mounted film. Pravin Tarde did a very good job with Mulshi Pattern, but he did it on a very small budget.”

ALSO READ:“Mahesh Manjrekar shot even through his cancer treatment, and he is also a damn good cook,” says Salman Khan about Antim director