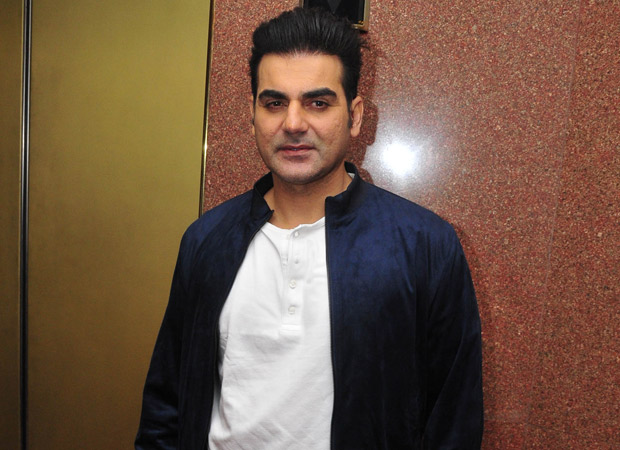 Arbaaz Khan in a Bollywood Hungama exclusive with Faridoon Shahryar opens up about Dabangg 3 and talks about how they shall leave no stone unturned in making a landmark film.

Prabhu Dheva is going to be directing Dabangg 3. Recently in press conference in Delhi Salman Khan said that “Makkhan Chand ke bina toh picture ho hi nahi sakti”. So what are your thoughts on Dabangg as of now?
Well as of now Salman has got two films that he wants to work on now simultaneously, one of them is Dabangg and whichever one goes first, both of them are almost there. Probably by the middle of 2018, we should be on-floor.

You also have a big star-cast, you have Sonakshi and you have Mouni Roy.
We are still casting, we are almost done with the script and by end of January, we will have a proper narration and we will take it from there.

Is Mouni Roy finalized?
No I have no clue. She is not final.

Not yet?
Sonakshi Sinha is the only one who is final yet. Depending on the kind of role, we will cast accordingly.

And with the kind of response Tiger Zinda Hai has got, the sort of craze Salman Khan manages is just massive. It can be his biggest hit the way it is going.
It could be. And also the franchise the way it is going it got a lot of loyalty base. That also adds to it. Like Ek Tha Tiger and Tiger Zinda Hai so if we make a good film and Tiger was a good film so it’s important and imperative to make a good film. Just by putting 3 to a particular brand does not mean it will do particularly well. So it should be nice. We are conscious of the brand and we are conscious of the characters and we both brothers have put in a lot of creative expertise into it and Prabhu Dheva is also someone who is really experienced. We will put our best foot forward and we won’t leave any stone unturned to make it as good as it gets.

Vinod Khanna ji is no more. He will be missed for sure in Dabangg 3.
We are going to miss him and still depending on the circumstances of how much of his role would have been in the third part. The film is moving forward and we had him the first, we had him in the second and now that unfortunately he is no more we will miss him and it would have been great to have him. If he was alive we would have definitely have had him in some scenario or scenes but now we will work around it and now we will see what can be done.

You have this entire Da-Bangg The Tour and it is getting a great response and in 2018 it will be in many more countries and cities within India. As someone who started the film and conceptualized this with Abhinav Kashyap, how proud are you of this brand?
I am happy. A lot of things have happened after that. There is a channel called Dabangg and now Dabangg The Tour. It’s great it’s something that if you have been a part of and it has worked and people use it for whatever reason, it’s great. It’s just a great feeling.