Akshay Kumar joins forces with Rakul Preet Singh, Sargun Mehta and Chandrachur Singh amongst others to take audiences on a journey of an investigative cop as he uses his passion and knowledge to unearth a series of wrongdoings in Kasauli. The trailer of the movie was launched in an extremely intriguing and unique manner in Mumbai today through a special Cuttputlli act by Akshay Kumar. 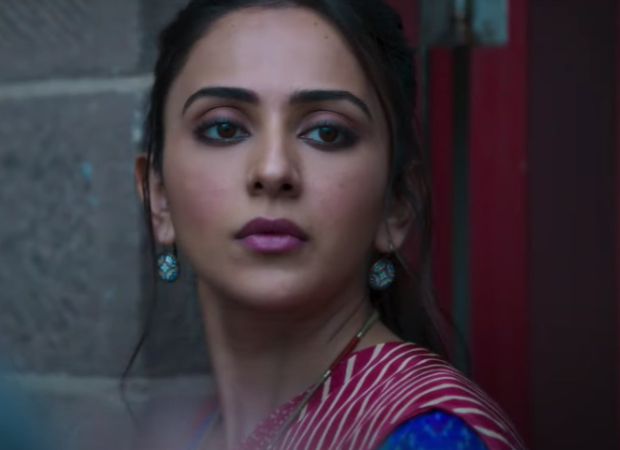 At the trailer launch on Saturday, Rakul Preet Singh revealed that her boyfriend Jackky Bhagnani, who is the producer of the film, wasn't aware she was offered Rakshasudu remake. Rakul said, “Mujhe ye film director [Ranjit M Tewari] ke taraf se aayi thi and Jackky [Bhagnani] ko baad mein pata chala tha ki meri baat hui hain film ke baare mein. Jo adaptation hain, jis tarah se role hain, jo kahani hain, wo bohot pasand aayi thi. It was more or less an instant yes because mujhe Akshay Sir ke saath bhi kaam karna tha. That was one of my biggest dreams to work with him. (The film was offered to me by director Ranjit M Tewari and Jackky got to know about the development only later. I like the role and the adaptation. It was more or less an instant yes because I wanted to work with Akshay Kumar.”)

Akshay Kumar plays Arjan Sethi, a dutiful sub-inspector who took an oath to keep the people of Kasauli safe. However, fate has other plans as the killer strikes from the shadows of terror, leaving behind no trace of evidence, except a body. Produced by Vashu Bhagnani and Jackky Bhagnani, Deepshikha Deshmukh and Pooja Entertainment, directed by Ranjit M Tewari, Cuttputli unmasks the killer and decodes the mystery using Arjan’s skills to understand the psyche of the murderer.