Last Updated 22.01.2022 | 11:27 AM IST
feedback language
follow us on
Bollywood Hungama » News » Bollywood Features News » “Coming out of the pandemic, people want to be entertained to the fullest”- Pankaj Tripathi on Bunty Aur Babli 2

Acclaimed actor Pankaj Tripathi has dazzled in every project that he has been a part of and looks like he is set to wow everyone with his cop act in the hilarious comedy Bunty Aur Babli 2. Pankaj will be seen playing the role of a shrewd cop, Jatayu Singh, who pits the two pairs of con-artists Bunty and Babli against each other in this rib-tickling family entertainer. He says choosing to do Bunty Aur Babli 2 was a no-brainer for him because of the hilarious script that will thoroughly entertain youth and family audiences. 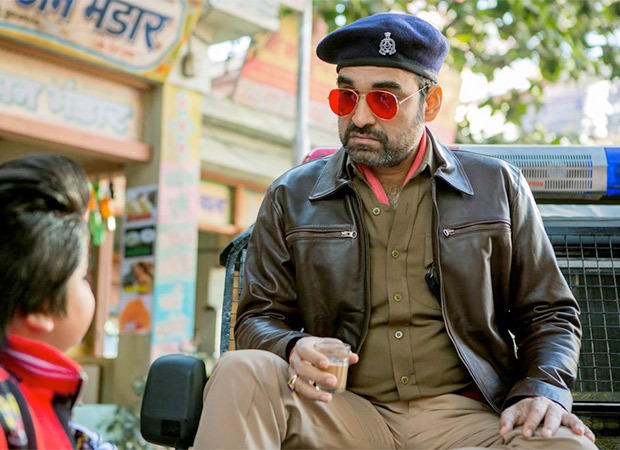 Pankaj says, “I’m actually always looking for interesting characters to play on screen and when YRF approached me with Bunty Aur Babli 2, it was something I was looking for in a film. I wanted to do a good comedy, a light-hearted script that will entertain audiences across every age group of our country. Bunty Aur Babli 2 is that script.”

He adds, “Coming out of the pandemic, people want to be entertained to the fullest when they go to a theatre and Bunty Aur Babli 2 will deliver on this promise in a big way. It’s a hilarious script and my character of Jatayu Singh popped out as a super-intelligent yet shrewd cop who was pitting the two sets of con-artists Bunty Aur Babli against each other. It was a no-brainer for me to do this film and I thoroughly enjoyed the experience!”

Bunty Aur Babli 2 features Gully Boy hunk Siddhant Chaturvedi and gorgeous debutant Sharvari as the new con-couple Bunty and Babli. The film also has Saif Ali Khan and Rani Mukerji playing the original Bunty and Babli. This comedy will pit these two sets of con-artists, from different generations, against each other as they try to prove who is the better con-couple!

Yash Raj Films’ out and out family entertainer Bunty Aur Babli 2, which is set to release worldwide on November 19, 2021, has been directed by Varun V. Sharma, who has worked as an Assistant Director in YRF’s biggest blockbusters Sultan and Tiger Zinda Hai.