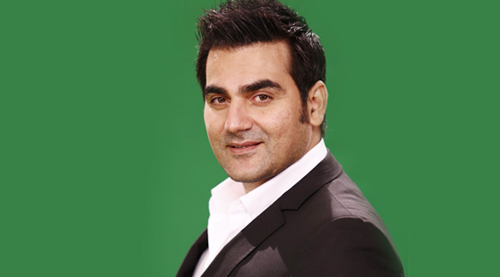 Dolly Ki Doli is arriving more than two years after Dabangg 2 and people do ask me if I was tempted to make at least one more film in the interim period, especially since my first two films were blockbusters. Well, the answer is no, and that's because that kind of attitude can get you caught. Today's audience is smart; they get to know whether a film has seen any kind of effort go into it or not.

I personally feel that there is certain amount of sincerity in Dolly Ki Doli. There is good level of planning and conviction that has gone into it. Now if that is conveyed in the final product, our job is done. See, audience wants to see how serious you are as a filmmaker when you mount your film. They should know that whether you have bet your last shirt on it; only then they will respect you for your effort. Unhe dikhna chahiye ki bande ne attempt kiya hai ya nahi.

So no, Dolly Ki Doli is not an interim film; I have never considered it to be one. For me, every film is important. In fact I would be satisfied only if Dolly Ki Doli is a success. I knew that there was potential for this film to be a hit, and that it would have a large audience for itself. I tend to pick films which have mainstream appeal to them. I know that once the film is seen by the audience, they would like it.

We had put our money on Sonam Kapoor even before Khoobsurat and that's because she was just apt for the role. She has done a job very well; people would like the character that she has portrayed. Having said that, though she features as the girl in the title role, the film is not totally dependent on Sonam's performance to pull through. All the three male characters have a huge role to play in the narrative as well.

The film needed to have a young cast and those who were not too many films old. Pulkit Samrat is apt for the cop character. He isn't there because he is somebody who our family knows. That has never been a reason for me to cast anyone into a film of mine, be it Dabangg, Dabangg 2 or Dolly Ki Doli. Look at my track record and you would know. See, a film is going to live beyond you and I and it is going to be stored into the archives. Once a film releases, there is no justification that 'Hey, he or she is there because I know him or her'. Yes, you should have your wish-list and figure out the most appropriate person for the role. In that perspective, not just Pulkit but also Rajkummar Rao and Varun Sharma were my first choices. I am certainly happy with my cast.

In fact people have quipped that what made me dare to place Rajkummar Rao in a commercial avtar and also gave him a song opposite MalaikaArora. See, these youngsters are growing as actors and given the platform, they are ready to excel. Now there is one thing to treat someone as a professional dancer and another to showcase them as someone who is just having some 'masti'. Rajkummar isn't someone who comes with an image of being a great dancer; we had to show him as someone normal. It is a different matter though that he turned out to be a professional dancer and surprised us. He has done steps like any other actor. He has matched Malaika step by step. As an actor too, he has been brilliant in the film.

When it comes to Varun, I know that post Fukrey, people are expecting something extraordinary. I can promise that he is going to deliver much bigger than expectations in Dolly Ki Doli. Just wait and watch.