Ananya Panday, daughter of Chunky Pandey, had her debut last year with Karan Johar’s production Student Of The Year 2 followed by her second release, Pati Patni Aur Woh. The actress, while enjoys massive fan following, has also been target of trolls. It was recently when she was trolled after she mentioned her father’s struggles and equated it to not being on Koffee With Karan. 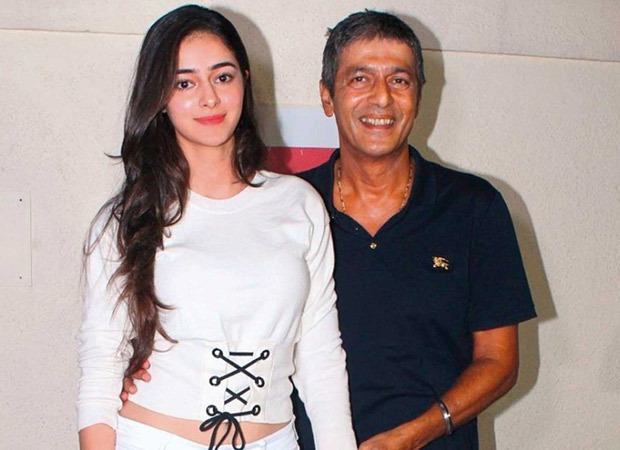 Speaking about his daughter, Chunky Pandey said that the two times she was trolled online was when she called him Tony Stark and other than was related to KWK. He said that he wants to tell her to stop taking his name.

While she is new to the industry, her rumoured romance with Kartik Aaryan has been quite in news. Though both of them have never accepted anything on the relationship front, her love life continues to stay in the news. Chunky Pandey said that she is 21 and that it would be abnormal if she didn’t have a boyfriend. He said that he has been through such things in his time and knows how much of it is true when you are an insider.

Chunky Pandey is gearing up to play nightclub owner in Saif Ali Khan starrer Jawaani Jaaneman. The actor says he and Saif were like a house on fire when they worked together. He had earlier worked with Pooja Bedi in 1993 film, Lootere. Now, he worked with her daughter Alaya Furniturewalla. He said that she has Pooja’s eyes and it felt like his daughter was on set.  He praised Alaya and said that she is a fabulous actor.

Jawaani Jaaneman is presented by Pooja Entertainment in association with Black Knight Films and Northern Lights Films and produced by Jackky Bhagnani, Deepshikha Deshmukh, Saif Ali Khan, and Jay Shewakramani. Directed by Nitin Kakkar the film is all set to release on 31st January 2020.