Saif Ali Khan and Amrita Singh's daughter Sara Ali Khan had heads turning when she made her entry into the industry with two films releasing in the same month. The actress made her acting debut with the 2018 film Kedarnath and her second film was the super hit Simmba. 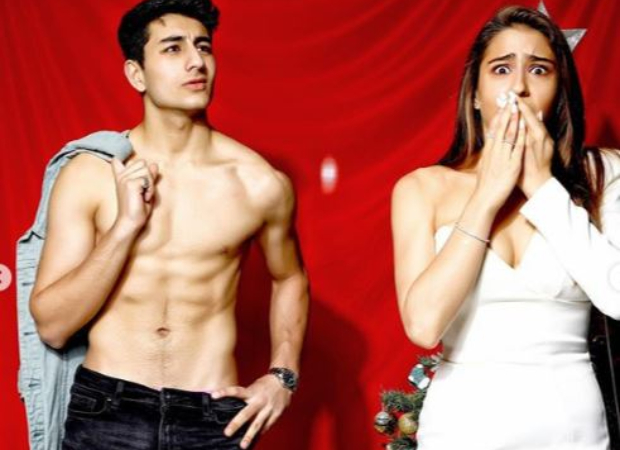 Apart from her acting skills, Sara Ali Khan is known for presenting herself well in public platforms and being witty and intelligent during interviews. On the other hand, Sara's younger brother Ibrahim Ali Khan has caught the attention of people and the paparazzi because of his striking resemblance to his father.

While Sara often shares pictures with her younger sibling, her recent photoshoot with Ibrahim has taken people's breath away. On Christmas eve, Sara took to her Instagram profile to share goofy images with her brother. In two of the images, Ibrahim goes shirtless and fans are drooling over the young Nawab.

Here take a look at the pictures:

Also Read:Sara Ali Khan wraps the schedule for Coolie No. 1 with the most realistic picture of all times!