Jurassic World Dominion, the sixth entry in the Jurassic Park franchise, which is taking place four years after 2018's Fallen Kingdom, has a new photo out. Director Colin Trevorrow has called the dino-mite sequel a ‘science-thriller’. Jurrasic World Dominion will also mark Laura Dern, Sam Neill, and Jeff Goldblum’s return to the franchise. 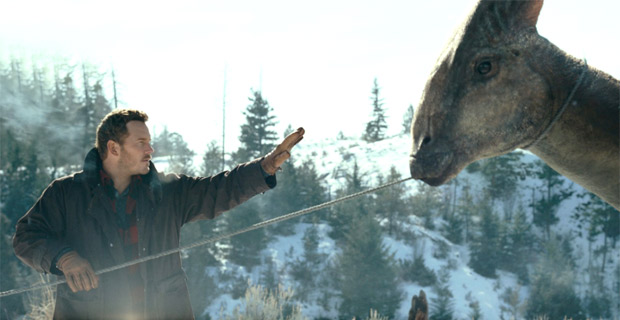 Filmmaker and co-writer Colin Trevorrow, who directed 2015's Jurassic World, has said that the beasts have been multiplying and living amongst us and clashing with us. The other Jurassic Park movies pretty much have the same story, but Dominion is set all over the world, through many different environments: wilderness, urban, desert, snow. It's exciting to see these creatures navigate environments that they weren't built to survive in. They grew up in a theme park and now they're here.

According to Entertainment Weekly, Bryce Dallas Howard's Claire Dearing and Chris Pratt's Owen Grady are still attempting to save the big beasts, with the latter rounding up parasaurs in the Sierra Nevadas. As reported by entertainment weekly, sharing a hint, Trevorrow says, "He's not too far from where the dinosaurs got out in the last film. The parasaurs are in danger of being poached. There's a lot of shady types out there who want to get their hands on dinosaurs, so he's working to protect them."

Trevorrow is cagier about where we find Claire. "I don't want to say just yet," he explains. "But she's at a point where she's questioning her methods, and whether she can stay safe and fulfill the responsibility that she has to the other people in her life that care about her."

Jurrasic World Dominion will also see the return of Sam Neill, Laura Dern, and Jeff Goldblum. The trio will reunite on screen for the first time since Steven Spielberg's adaptation of Michael Crichton's novel Jurassic Park debuted way back in 1993. And these won't be cameo appearances like the one Goldblum made in Fallen Kingdom."They have equal screen time to Chris and Bryce," Trevorrow reveals of the scientist trio. "They're major characters from start to finish."

The director describes Dominion as more of a "science thriller" than the horror-flavored, J.A. Bayona-directed Fallen Kingdom, and strongly hints that the movie's big bad will be Campbell Scott's Lewis Dodgson.

Jurassic World Dominion is set to be released in theaters on June 10, 2022.