Guardians of the Galaxy director James Gunn on Monday, November 8, celebrated the first day of filming of Vol. 3 by sharing a picture from the sets with heroes of the film. All the Guardians- Star-Lord, Gamora, Drax, Rocket, Mantis and Nebula can be seen posing alongside Gunn. 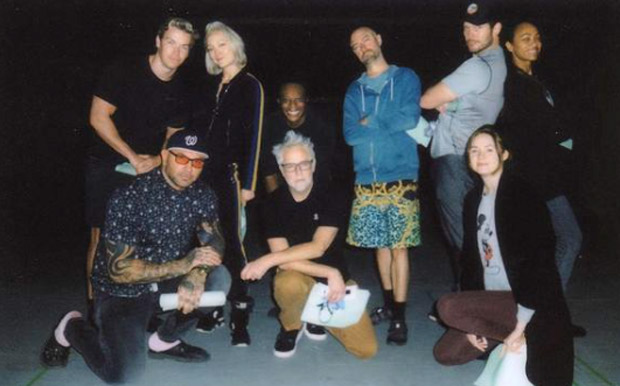 Taking to his social media accounts, director and writer James Gunn revealed the first day of shooting for Marvel Studios’ Guardians of the Galaxy Vol.3. Sharing a picture of a polaroid, the three-time Guardians director posed with the cast and wrote in the caption, “ It’s been a strange & long & at times challenging journey to get here, but the obstacles along the way have only made this moment more blissful. Back on set with my Guardians family for the first day of shooting #GotGVol3.”

Also Read: Seo Kang Joon to enlist as active duty soldier in the military on November 23