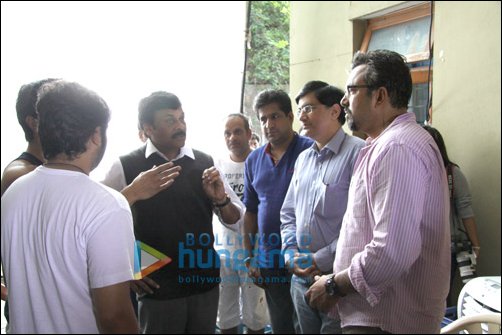 Reliance Entertainment's upcoming film Zanjeer, starring Southern superstar Ram Charan and Priyanka Chopra is being shot in full swing, and while the film's current Hyderabad schedule has just gone on floors, here's giving you the latest updates of what's happening on the sets.


Recently, during the shoot of the film, Chiranjeevi surprised everyone by visiting the sets. The dynamic actor received the warmest welcome on the sets and son Ram Charan could not stop gushing. Chiranjeeviji is very happy with the way the film has been shaping up and wanted to specially come by and show his support.

As soon as it was learnt that the iconic superstar was in the arena, there were immediate arrangements of some of the best food from Hyderabad and the entire team on the set feasted on a lavish spread.