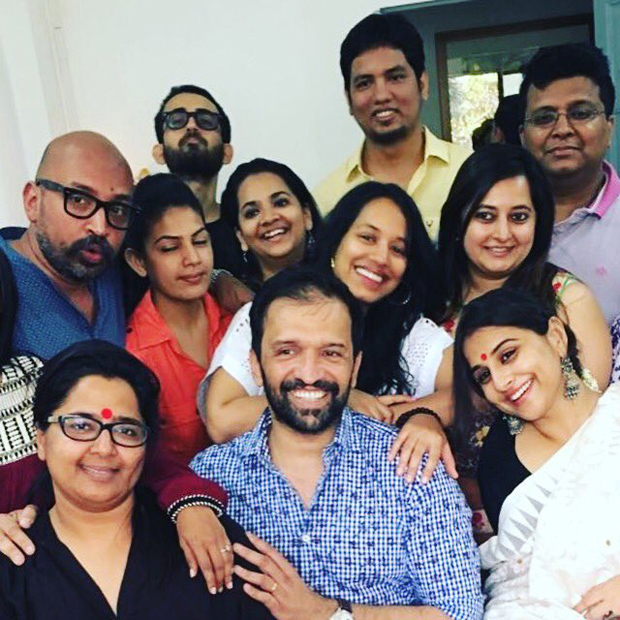 Vidya Balan is already having a very busy working year. The actress, who was last seen in gritty drama Kahaani 2, has already begun shooting for next film Tumhari Sulu.

Vidya Balan shared a photograph with her new cast and crew and wrote, “another film… another journey…. set to begin…. with the fun team of #TumhariSulu.” Donning a white saree with the black blouse and red bindi, Vidya looked beautiful in her traditional avatar.

Tumhari Sulu will feature Vidya Balan in the role of a radio jockey and directed by Suresh Triveni. Vidya had earlier said that the film will showcase her naughty side. It about a woman named Sulochana aka Sulu who gets an unexpected job as an RJ of a late-night show. It is said to be a lovely heart-warming story. According to the director Suresh Triveni, Tumhari Sulu has been handcrafted for Vidya. He feels honoured to have Vidya as her lead in his first feature film.

Earlier, Vidya Balan was seen as an RJ in Sanjay Dutt starrer Lage Raho Munna Bhai. Besides this film, Vidya Balan will be next seen in Begum Jaan, which also stars Gauahar Khan which is an adaptation of the 2015 Bengali film Rajkahini, is scheduled to release in March 2017.